The 2012 installment of the Vans Downtown Showdown presented by Monster Energy is set to be the best year yet, with a top international roster of skaters heading to the historic centre of Amsterdam to battle it out over a series of team-designed obstacles on Saturday 4th August, 2012. 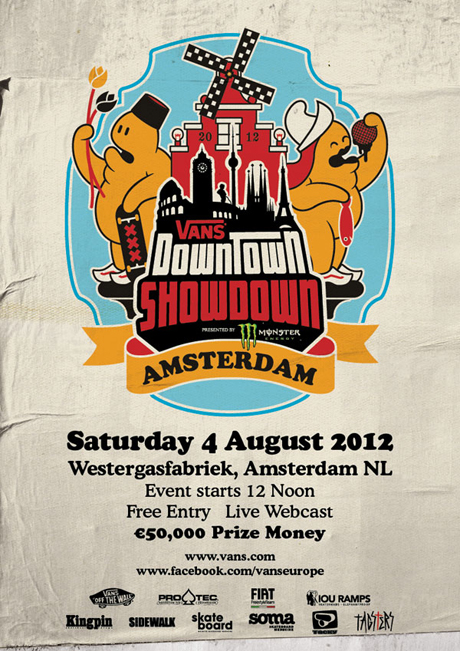 The only way to continue after an epic day of skate is to bring the loudest, most hardcore punk group to rock the party until the early hours. Supported by Thrasher’s Bad Shit, this is the party of the year you don’t want to miss! It kicks off at 9:00pm atThe Transmortorhuis club, Westergasfabriek, Haarlemmerweg 2 1014 DD, Amsterdam- with FREE ENTRY until the club is packed and rocking.

“Being the younger brother of original Z boy and Dogtown Skates owner James “Red Dog” Muir, I was able to see, watch and learn from the best, those that changed skating from a hobby or trend, to a lifestyle. Stoked that we’ll be playing to our friends at the Monster Downtown Showdown after party for all those that are “Possessed to Skate!” — Cyco Miko Muir SxTx 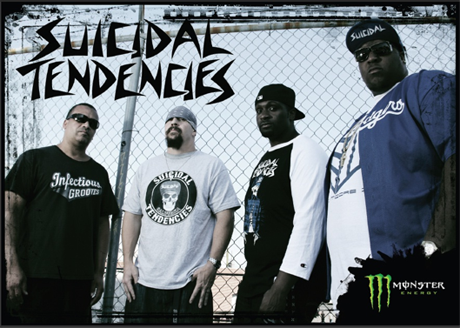 Suicidal Tendencies are the US Punk rock outfit out of Venice Beach, California who defined the skate punk era of the 80’s and went on to take over the thrash-metal scene. Countless world tours, 8 studio albums and the kind of stories you wouldn’t want to tell your parents- these guys defined the term skate punk rockers and still thrash harder than bands half their age. As part of their world tour of 2012, Suicidal Tendencies are headlining Monster Energy’s official Vans Downtown Showdown afterparty, where the skate punk fans will be tearing it down to their fast-paced, heavy-hitting sound until the early morning.

For more information on Vans Downtown Showdown and the Monster Energy afterparty head over to downtownshowdown.eu