26 nations will be represented at the Superenduro powered by SRAM in Finale Ligure this weekend. The world of enduro has never before seen a start list like this. For the final stage of the 2013 Superenduro PRO circuit and the Enduro World Series, it will truly be an international festival of enduro.

“In Punta Ala we started a new era of mountain bike racing, proving that enduro is a discipline on its own.” says Franco Monchiero race director and founder of Superenduro series “5 months later we will be crowing the first champions of the sport at the final event of the Superenduro powered by SRAM. Finale have always been the most participated event for us but this year the starting list is just incredible with the best biker in the world gathering to race our trails. I want to welcome everybody and wish riders a great and fair race” 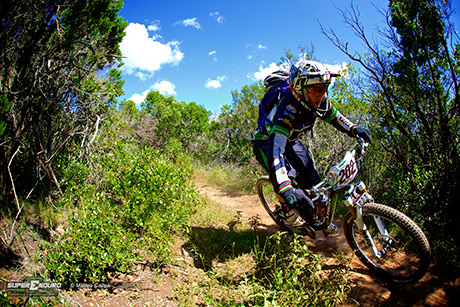 The list of riders competing is immense. Jared Graves, Fabien Barel , Cedric Gracia , Anne Caroline Chausson , Martin Maes , Tracy Moseley and Jerome Clementz are just some of the superstars who will take to the trails of the Ligurian coast.

“I couldn’t imagine being this first winner of Enduro World Series,” say series champion Jerome Clementz. “Now that it has happened I’m super-pumped! In Finale Ligure I have nothing to loose or to protect, so I will ride wide open and try to be on the podium again. I’m a racer so when the race start it’s hard to slow down. After that I should say that with less pressure it was hard to keep the same focus in my preparation. I’m really happy to come back to Italy and compete in the Superenduro again. Finale is famous to provide a nice race and I’m sure they want to rise the level of organisation and I’m excited to see what they will offer us. I’m looking forward to see the trails we will have to race. Superenduro always provides tight and excited race in a beautiful scenery. What could we ask for more?” 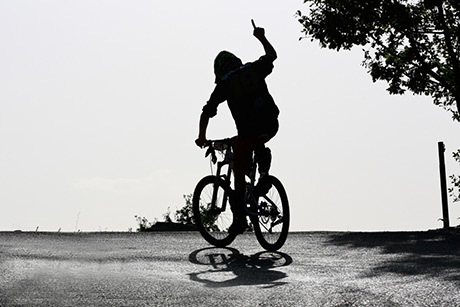 Alongside the stars of enduro, some of the worlds top mountain bikers from the worlds of downhill and cross-country will be competing this weekend. Names like Nino Schuerter, Steve Peat, Tania Zakelj, Marco-Aurelio Fontana, Brendan Fairclough, Josh Bryceland and Justin Leov should give racing fans goosebumps.

The show won’t only be on the race track though, the paddock is set to be the biggest we have ever seen, with requests for space still arriving. The centre of Finale will be filled with the SRAM and SCOTT race trucks, threading the giant lorries through the medieval streets to dominate the pits. 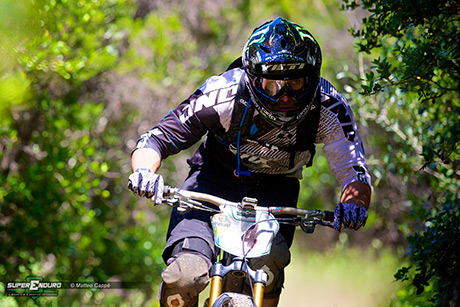 “The week of the Superenduro in Finale in 2013 is exactly the same week we have been discussing the possibility of doing the EWS in 2012.” says Enrico Guala one of the founders of Superenduro series “At the 2012 ROC d’Azur myself, Franco, Fred and Chris had long chat during the day and skype call with Darren at night to give birth to EMBA and the EWS. Today, 360 days later, we are gathering again the group and we’ll be hosting the most incredible group of mountain biker coming from all disciplines and backgrounds. I want to thank my long time friend and great visionary Franco who invented the Superenduro and involved me 7 years ago. Without him we would not be here providing the riders and the industry the most exciting event the sport has ever witness” 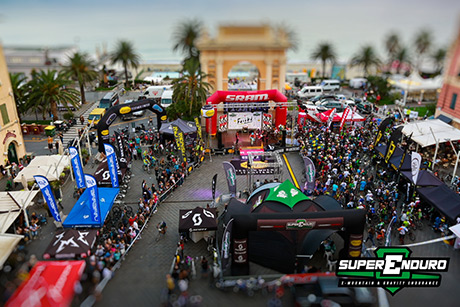 For the first time will be over two days, with four special stages on Saturday and two more on Sunday. The race course will be unveiled on Wednesday October 16 and practice will be on Thursday 17 and Friday 18. During practice riders are allowed to shuttle with private vans or any other transportation means on the road open to public traffic, unless otherwise marked. All vehicles must follow the Italian traffic rules and signs in place. Dirt roads will be closed to traffic.