With the 26TRIX in Leogang, Austria just around the corner, the riders of the Freeride Mountain Bike World Tour are getting ready for this season’s first gold event with more and more athletes joining the World Tour circuit.

Riders who haven’t signed up with the FMB Association yet but still want their results to count towards this year’s World Tour ranking can still become official FMB World Tour riders until June 30th, 2011. http://fmbworldtour.com/member/ 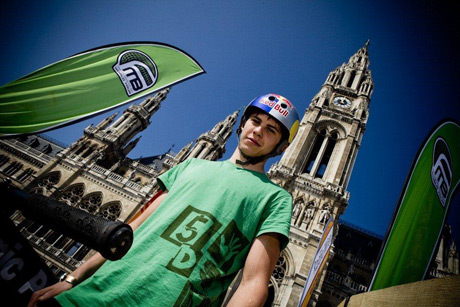 Spectators and riders agree that the trick level has risen drastically from last year and that will surely not change for the upcoming events. Only a mere few days away, the 26TRIX is attracting a lineup of riders that would be hard to find anywhere else. The absolute superstars of the scene do not want to miss out on the opportunity to collect precious points at the first gold event of the World Tour, where almost the entire ranking can be turned upside down.

Last weekend, two events – the SKS Slopestyle @ iXS Dirtmasters (GER) and the FISE Slopestyle (FRA) also left their mark on the current ranking. Coming up next is the first FMB World Tour stop in Canada, the Jump Ship. Jordie Lumm’s brand new event will be sure to shake things up as well.

During the first quarter of the World Tour, Sam Pilgrim (GBR) was able to take a comfortable lead in the overall ranking. With three first places out of four all-silver events, he was able to defend his position even without participating in the first North American contest, the Ranchstyle in Colorado.

He rocked the opening event Vienna Air King (AUT) and no one could touch him at the Rocket Air (SUI) and FISE Slopestyle. However, Yannick Granieri (FRA) and Martin Soderstrom (SWE) are at Sam’s heels and especially with several North American events coming up, Sam will have to fight to stay on top. Young talents Mehdi Gani (FRA) and Szymon Godziek (POL) in fourth and fifth place are two names that will surely come up frequently during the 2011 World Tour in the battle for the Golden CamelBak Better Bottle. Both riders surprised many by demonstrating excellent performance and an extremely high trick level and much is to be expected from them in future. However, they will have a hard time in Leogang as last year’s FMB World Tour Champion Cameron Zink (USA) and last year’s contest winner Cameron McCaul (USA) have both confirmed their attendance. 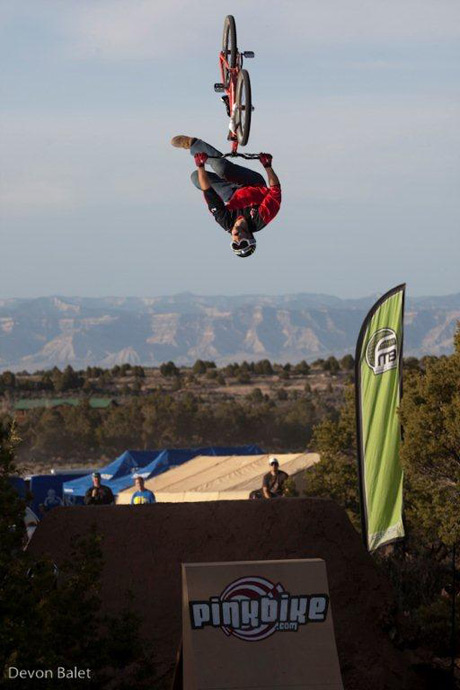 For a chance to take home this unique trophy after the Red Bull District Ride, sign up with the FMBA as a rider or sign up if you’re not a rider but want to support your sport! http://fmbworldtour.com/member/

For more information about the FMBA and FMB World Tour, please go to www.fmbworldtour.com or http://www.facebook.com/FMBWorldTour and receive regular updates