What did you do in the last six months?
We’ve been mostly writing and recording our album.

What do you’ve in your wallet now?
Gold, gold, gold!

Why this name for your band?
Our drummer (Lorenzo) never stops denying it, but we know it’s related to his great passion for Fightstar and Charlie Simpson. 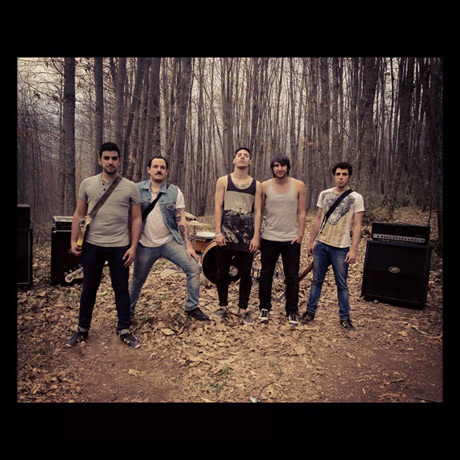 How much important is the image (look) for your band? Why?
It is not a priority for us. We try to do our best writing good songs, but don’t care much (maybe sometimes not enough) about the look .

Talk to me about the new album “Consequences”. Are you fully satisfied?
The album was conceived in two different moments and many things changed in the band, so it’s almost divided in half. It is about this last two years, we are really proud of it. It represents us completely.

Which is the highpoint of this album?
I think the great melodies of guitars and choruses, and the lyrics

…And the lowpoint?
Obviously there’s none!

Which is the best definition of your sound?
I personally hate labeling genres, I believe there’s just good and bad music. Anyway if we have to define our sound I would say “melodic metalcore”. Does it exist?

Metalcore. Where’s your description of this word?
As I Lay Dying, August Burns Red. 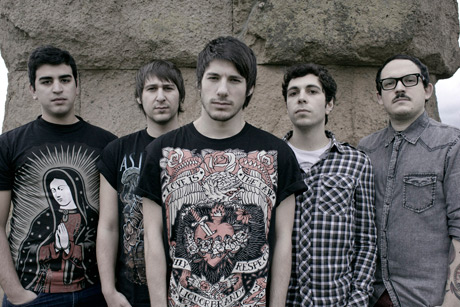 What’s your idea of perfect happiness?
Having a good time playing with friends.

Who are some of the bands you admire?
There are so many. We all listen to different kinds of music, from punk rock to metal so everyone’s got his own. Anyway we all admire August Burns Red, Architects, Texas In July, Killswitch Engage and As I Lay Dying.

What song is in your head right now?
Devil’s Island (Architects)

Name 3 words that describe your band.
Tenacity, Sweat, and Kebab (says the bass player). I would say Humility.

What’s the most embarrassing situation you’ve ever been with Avenue Of Heroes?
Every time we get on stage indeed! (Joking). We actually never feel embarrassed for anything. We didn’t feel embarrassed when we played in a small village feast and the crowd was composed by curious and scared old people eating sandwiches, and we will never be.

The best show you’ve played?
The best show was with Texas In July last year. It was a blast! Great band, great guys! We spent a day on the road together and then shared stage. It was a wonderful experience.

What’s the most ridiculous rumor you’ve read about the band?
A couple of months ago you could find on Facebook a modified picture of our drummer showing him having a particular blessing in his pants. Facebook didn’t get the joke and deleted it every time. To clear the rumor we can assure he’s average.

Do you’ve a good reason to be in Behind Magazine?
As a “Greatest band in the world wannabe” we feel like spreading the word trying to reach as many people as possible!

Something to add?
Thanks to all of you who read the interview till the end, and thanks a lot to Behind Magazine. 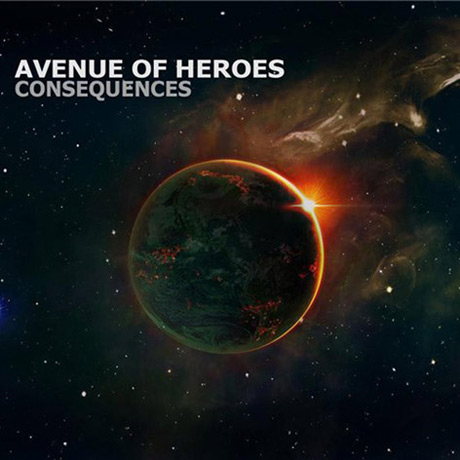 The new album “Consequences” is out! Check the website:
www.facebook.com/AvenueOfHeroes