Tell me about the story of the band!
EVA was born in october 2014, because we were in a very crappy place, emotionally, and we needed a way out. We like to say this band was our redemption gift… But only ‘cause that sounds supercool.

What did you do in the last six months?
We recorded, and learned to play, Far Enough, our first album. Still working on it!

What have you got in your wallet now?
80 cents, a condom and a picture of a dog playing scrabble. Altogether.

Why have you chosen this name for your band?
All because of lies! A couple years ago, there was this girl, on a train, really cute, and her name was EVA. One of us lied about being a writer, who’s unpublished novel’s main character’s name was EVA… Then, the book became almost reality, but never saw light. We all thought it was unfair so…

How important is the look/appearance for your band?
Until now, not that much. But we have plans that involve dressmaking and a lot of glue.

Tell us about the new LP “Far Enough”. Are you fully satisfied with it?
Well, no one ever is. But yeah, we made decisions guided by our hearts and souls, so…

Which is the highest point of the LP?
The fact that we managed to release it. If you ask about songs…there’s no way we can decide!

…And the low point?
We still have some doubts on the tracklist, but, again, we followed our heart! 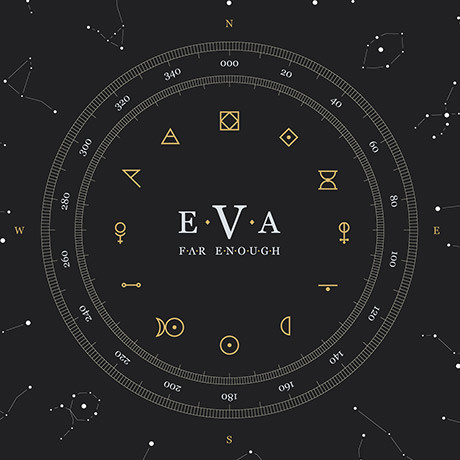 How would you define your sound?
Passive­aggressive emo wrist ­cutting jackassery. Does that make any sense?

Alternative Rock. Describe for me this word! And what do you think, is a good compromise to describe your style?
We never decided about a genre. We wrote and played what came, and tried to follow our personal taste, without labeling the songs that came out. When someone told us that this was Alt Rock, we just played it cool.

Which bands have influenced your style?
Silverstein and Funeral For A Friend, Above All, but also Taking Back Sunday, My Chemical Romance…

What is your idea of perfect happiness?
Make a real living out of this would be, but also a free life­long supply of pizza would help.

Tell me some of the bands you admire.
Well, the ones who inspired us, of course. 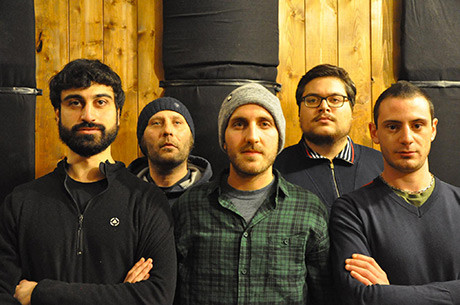 What song is in your head right now?
It’s a silly song we made up to make fun of a friend of ours, but it’s filled with profanities, so we’ll keep it to ourselves.

And of your local music scene?
Even though we live in a very small village in southern Italy, the scene is pretty amazing. A lot of bands released ­ or are about to release ­ an album… That’s all we listen, right now, and they sound incredible!

What is the most embarrassing situation you’ve ever been with EVA?
Once, on stage, this crazy drunk guy came close to dance with us, we started laughing and concentration went all the way to the bottom of our shoes. The result? Awkward silence, drunk guy still dancing, and the club’s owner ready to kick our ass.

Have you got a good reason to be in Behind Magazine?
We could buy you food, and that’s as good as it gets.