What did you do in the last six months?
We passed our last months recording our 4 tracks EP and two covers for two compilations, we’re re-entering just now our rehershal garage in order to get some new tracks ready for our upcoming live shows.

What have you got in your wallet now?
We’ve got a set of 7 songs and some covers if needed, we’re writing some new material and trying to set up a good live show, refining our sound and our stage approach. And if you meant litterally… Ehm… I don’t have a wallet… And if I had, it would be reeeeeeally sad to look into. No money, but a lot of hope.

Why have you chosen this name for your band?
We could say that we think that the moment you experience something, that something is already gone, passed and out of date, in a way… The here and the now is what we hope to share with who’s listening… We could… But it would be bulsh*t. We mainly liked the sound of it!

Talk to me about the history of the band!
The band was born in 1999 in Milan, Italy. We play fast melodic hardcore with some rock and many other ideas. Along with those features, we tend to use vocals to pass strong emotions and an energy that will make people want to see us on stage. Our discography includes 1 EP, 1 LP, 1 Split EP, 1 Live CD, 1 Demo and many different compilations from Italian labels, namely Punk Remake Vol. 1 released by Ammonia Records, where we are the unquestioned leading figure with the remake of Whenever, Wherever – originally by the extremely sensual Shakira. The new EP Forget To Remember was released on February 5. Throughout the last few years, we shared the stage with bands like Strung Out (2007 and 2011), Mute, This Is A Standoff, Much The Same, Uncommon Men From Mars, Derozer, The Sun, Meganoidi, Vallanzaska and many more. On 21st January 2013 we released our first official videoclip for the song Bye my friend. In March, a Motörhead tribute compilation will be released by Ammonia Records and we will be on it with the song Born To Raise Hell. 2013 is goin’ to be a year of intense live touring and promotion and composing.

How important is the look/appearance for your band?
Even if we care about our live performances and we discuss about the approach and the hardcore/punk scene and style, we’re not too much tied to the look and appearance side, we tend to dress as we like and we laugh about our different tastes. In fact, we don’t really care about the look, we’re just us and we tend to focus on content and not the envelope (we quite hate stereotypes).

Tell me about the new album “Forget To Remember”. Are you fully satisfied with it?
We recorded it with our own times and possibilities, our money and our sound in mind; we played it in a friendly studio, with a great sound engineer who has eventually become one of our greatest fan and friend. We’re fully satisfied with the sound, we would have loved to have more money to spend in recording hours and, maybe, put some more songs in our work. We think that one has to be satisfied with what he can get out of its own possibilities, and everything we reached is great, but it’s just the beginning for something better. 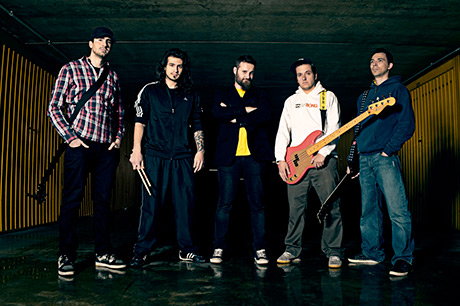 Which is the higher point of the EP?
We think that Bye my friend, our “first single”, has got something different from all our other songs, but we tend to care about every single song. We think that World is burning is our strongest song and we love to go straight to the core with our listeners. We love UCIMU too, ‘cause it has some melodic sides that get stuck in your head for days. Talking about quality, we love the sound we came up with in the studio, we hope you like it too. And that note in Lost in here, is the higher I could reach… Yes… That one is the highest.

…And the lower point?
We would have loved to spend more time setting up more songs, so the fact that the EP just contains 4 songs is what we hate the most about the album.

How would you define your sound?
We’re quite in the middle of an internal revolution, the new lineup brought new energy to the band but it carried new ideas and tastes, we’re quite open minded, so we’re getting and writing down what comes to our minds and souls, we’ve got something in mind and we’ve got some common points in the band, but we love to try new things and solutions. We’re quite soaked in hardcore style and sound, so we know our starting point, but we don’t want to give ourselves a unique goal or path.

Melodic hardcore. Describe for me this word.
We tend to maintain a certain hardcore rage, strength and approach in what we do, but we love to reach out to who’s listening with something they can singalong to. The mix of some other different tastes we bring into our songs, is this melodic side of the hardcore sound.

Tell me some of the bands you admire.
BoySetsFire, Lagwagon, Strung Out, Weezer, NoFx, Korn, No Use For A Name, Fugazi, Everytime I Die and thousands more.

What song is in your head right now?
Out There by Dinosaur Jr.

Which are the best and the worst qualities of your band?
We argue all the time, we don’t meet enough, but we laugh a lot, I’m not sure which is the bad and which one is the worst.

And of your local music scene (Milan)?
We love to play wherever we can, this is the best part and the worst part, you get to play the same venues and the people who come to see you, tend to stop doing it, in the end. Italian crowds are for well known bands, italian people don’t want to make an effort and listen to something new, something original, they just want to go out and singalong with what they already know. So you struggle to play some big venues and you always play in front of your friends (which is the best, in a way, and the worst, in so many other ways).

What is the most embarrassing situation you’ve ever been with Out Of Date?
There are so many that we can’t share! But one of the last ones was during a festival. We played on quite a huge stage and Simon (voice) came up with the idea of climbing on one of the rack on the side of it. Once he reached out for the top, we saw a bloodlusty man from the staff, running from far away and climbing up to pull down our singer, screaming “if you don’t die, I’ll kill you myself” or something like this… It was really scary but hilarious.

Have you got a good reason to be in Behind Magazine?
We hope so!! You tell us… I think that we share your lust for discovering and knowing and sharing and watching and reading and admiring…

Have you got something to add?
Sugar… Always add sugar… And hugs… And freedom… Uh, right, and add knowledge, it’s never enough. 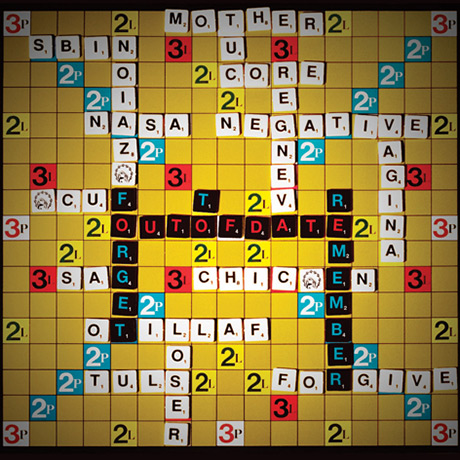 The new EP “Forget To Remember” is out! Check http://outofdate-hc.bandcamp.com
More on: http://www.facebook.com/outofdateband

hardcore melodic OUT OF DATE