Thousands of fans lined the streets of the historic town centre in the Austrian Alps to see Tjäder better his 2015 third place and defeat 18 other riders on the night with a spectacular display of freestyle skiing tricks.

This year’s course was redesigned to help the riders take their routines to new, exciting levels and the 425-metre white stage duly delivered on that for worldwide fans also watching on Red Bull TV.

Eight hundred truckloads of snow were used to create precarious narrow street ramps with the riders starting off high up between Hotel Salzburger Hof and Villa Orania.

They built up speed to take on fearsome obstacles such as the Quarter-Pipe Transfer, the Multi-Hip Jump, the Coping Box, the steep Step Down, and the Transfer Hip, before they hit some rails and the Jägerhäusl finish line. 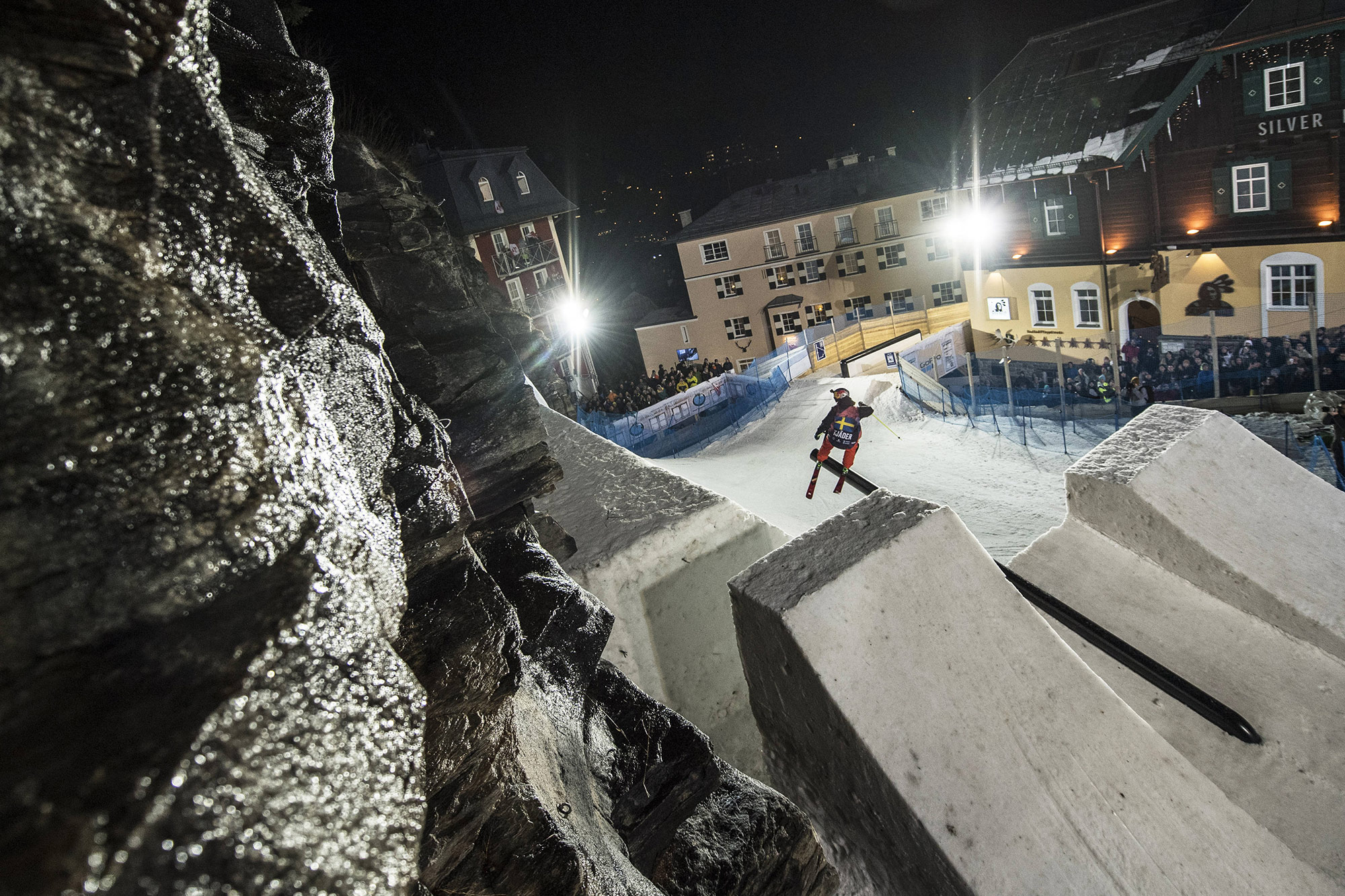 Sixteen riders went head-to-head next in a bid to cut the field further with Canadian Emile Bergeron and 2009 champion Russ Henshaw shock exits.

Austrian Lukas Muellauer treated the home crowd to a dazzling run to beat Cody LaPlante in the quarter-finals with Swiss Laurent De Martin also winning through alongside the top two seeds Andri Ragettli and Tjäder. 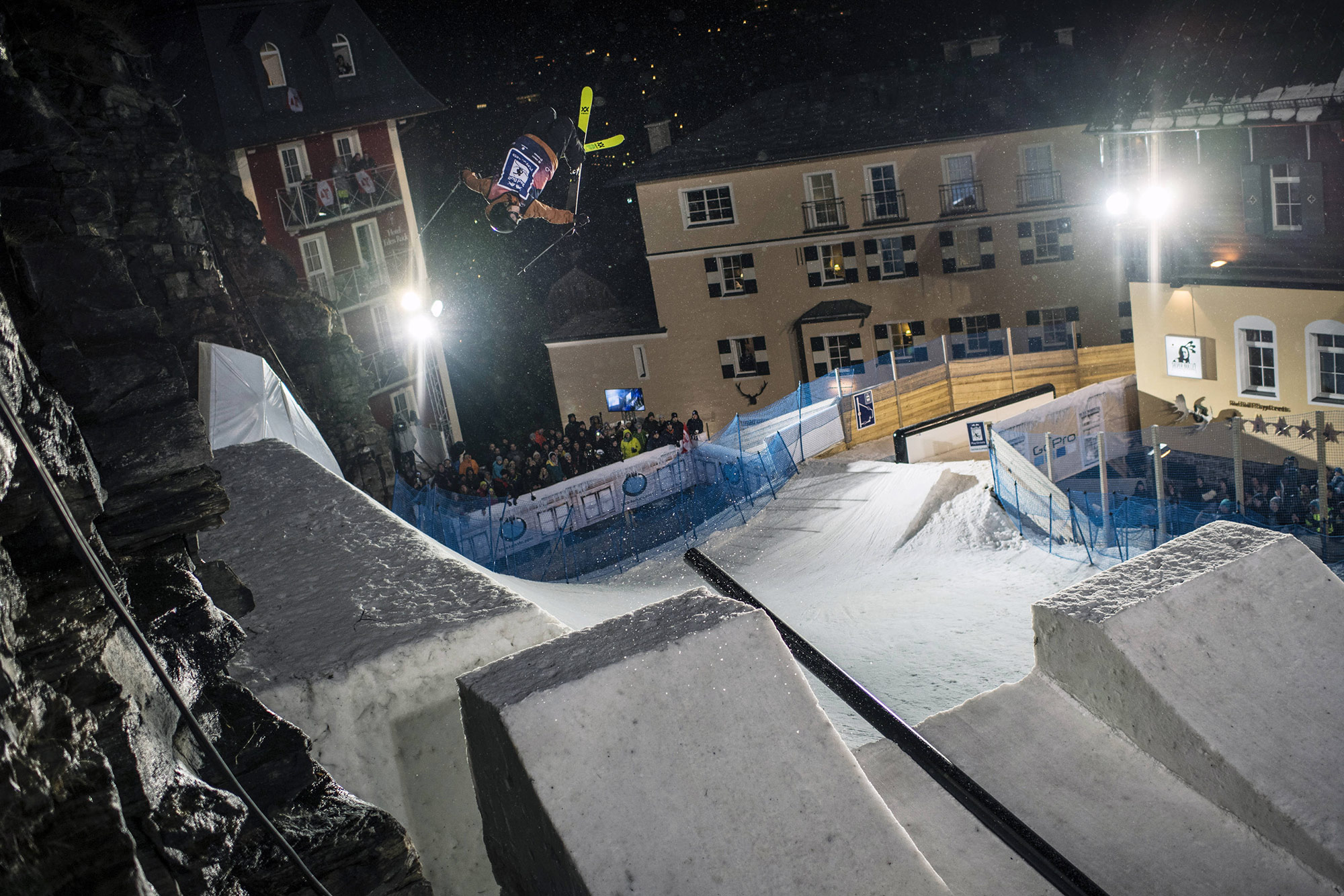 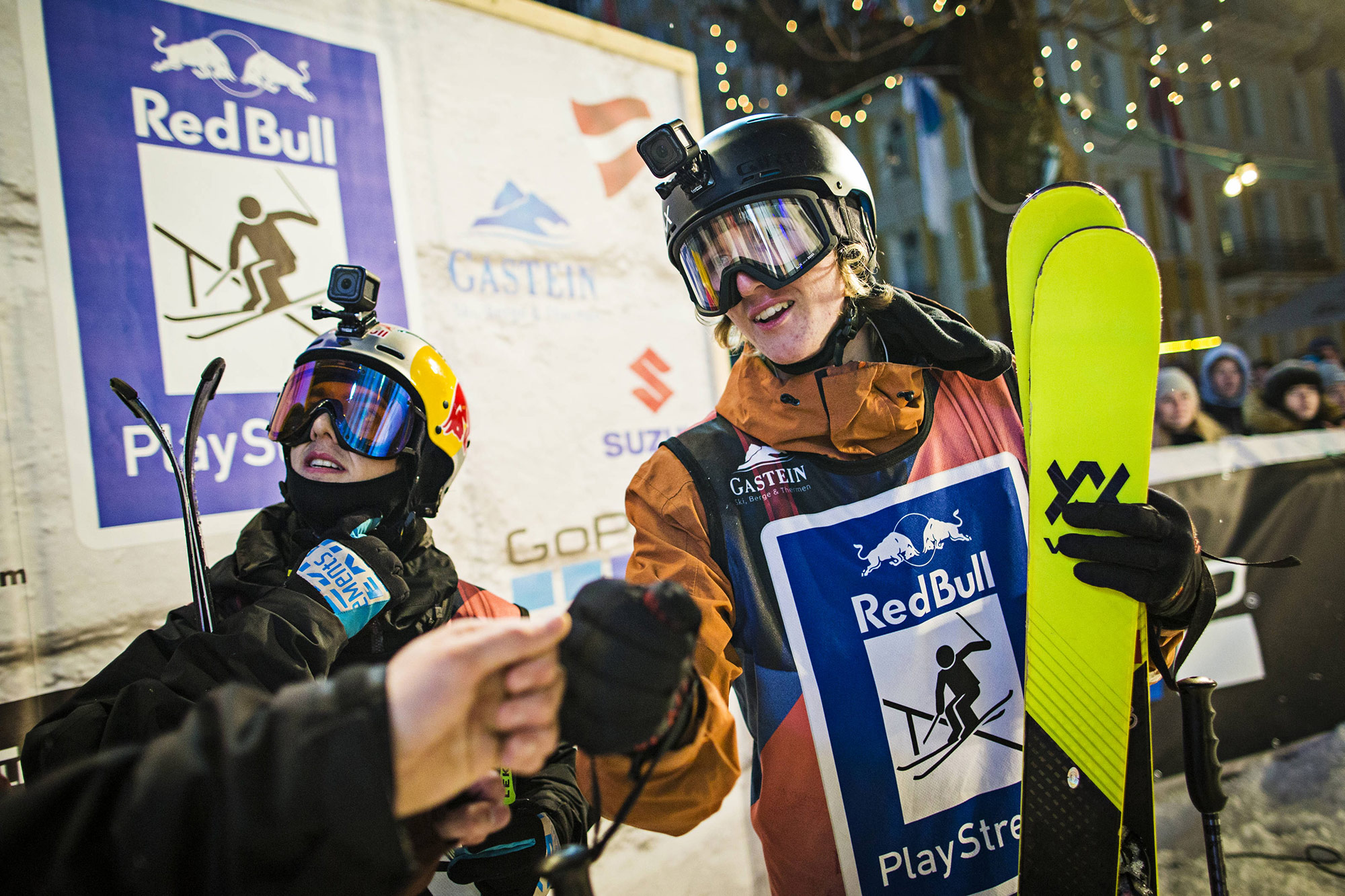 2015 runner-up Ragettli easily saw off De Martin to seal his place in the final, but Tjäder​ had to dig deep to defeat Muellauer with a huge score of 250.

Muellauer held his nerve in a scrappy small final to finish with a well deserved podium place leaving Tjäder to post an imposing final score of 242 to just edge out Ragettli by five points and secure his star on the PlayStreets Wall of Fame alongside previous champions.

Tjäder, who also won the Best Trick award for his double cork, said: “He’s (Ragettli) been killing it all day and I thought he was going to stomp it.

“Red Bull PlayStreets is by far the craziest event. The crowd is crazy and the course is different from any contest around and I really enjoy it.

“It is amazing. Such a challenging format and the course is tricky, so I couldn’t be more happy.”