Stamina is always a factor in the Swiss resort of Lenzerheide, but coming just a week after another double – the sixth round of the UCI Mountain Bike World Cup Presented by Shimano in Vallnord, Andorra – round seven on July 8-9 will be an especially brutal endurance test for both XCO and DHI riders. Nonetheless, the venue known as the Alpine Oasis is beloved by athletes and fans, with 300 kilometers of marked mountain bike trails and a crystal-clear lake at the finish area, all set against the breathtaking backdrop of the Swiss Alps. Lenzerheide not only kicks off the second half of the World Cup calendar, but it will also serve as a rehearsal for next season’s World Championships, so the pressure will be on.

Catch all the Alpine action live on July 8-9, exclusively on Red Bull TV.

The third consecutive year of combined World Cup competition at Lenzerheide will open with downhill number five and a season that’s been even more unpredictable – and fiercely competitive – than usual, as both the women’s and men’s fields have seen four different winners in as many World Cups in 2017. 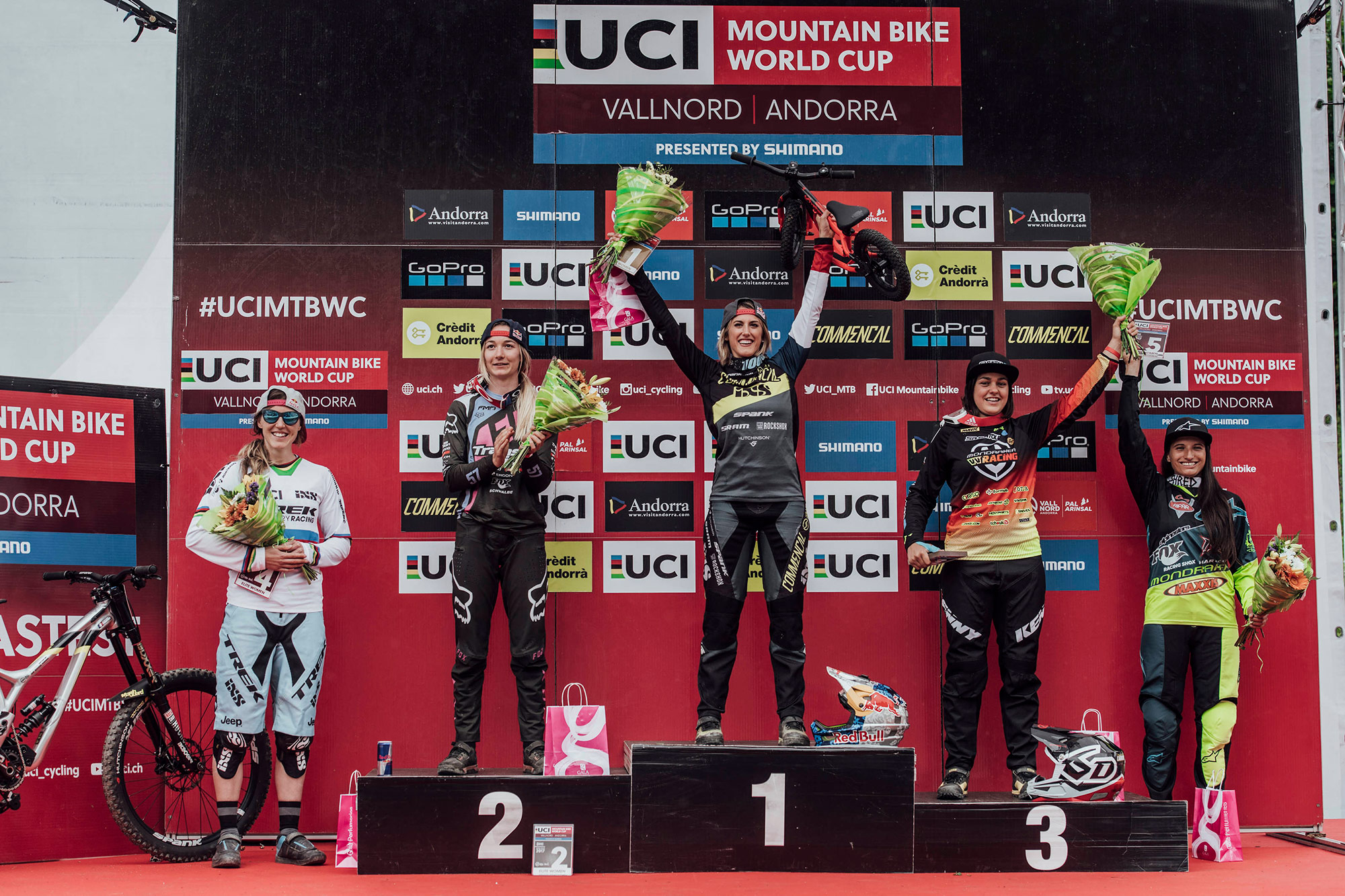 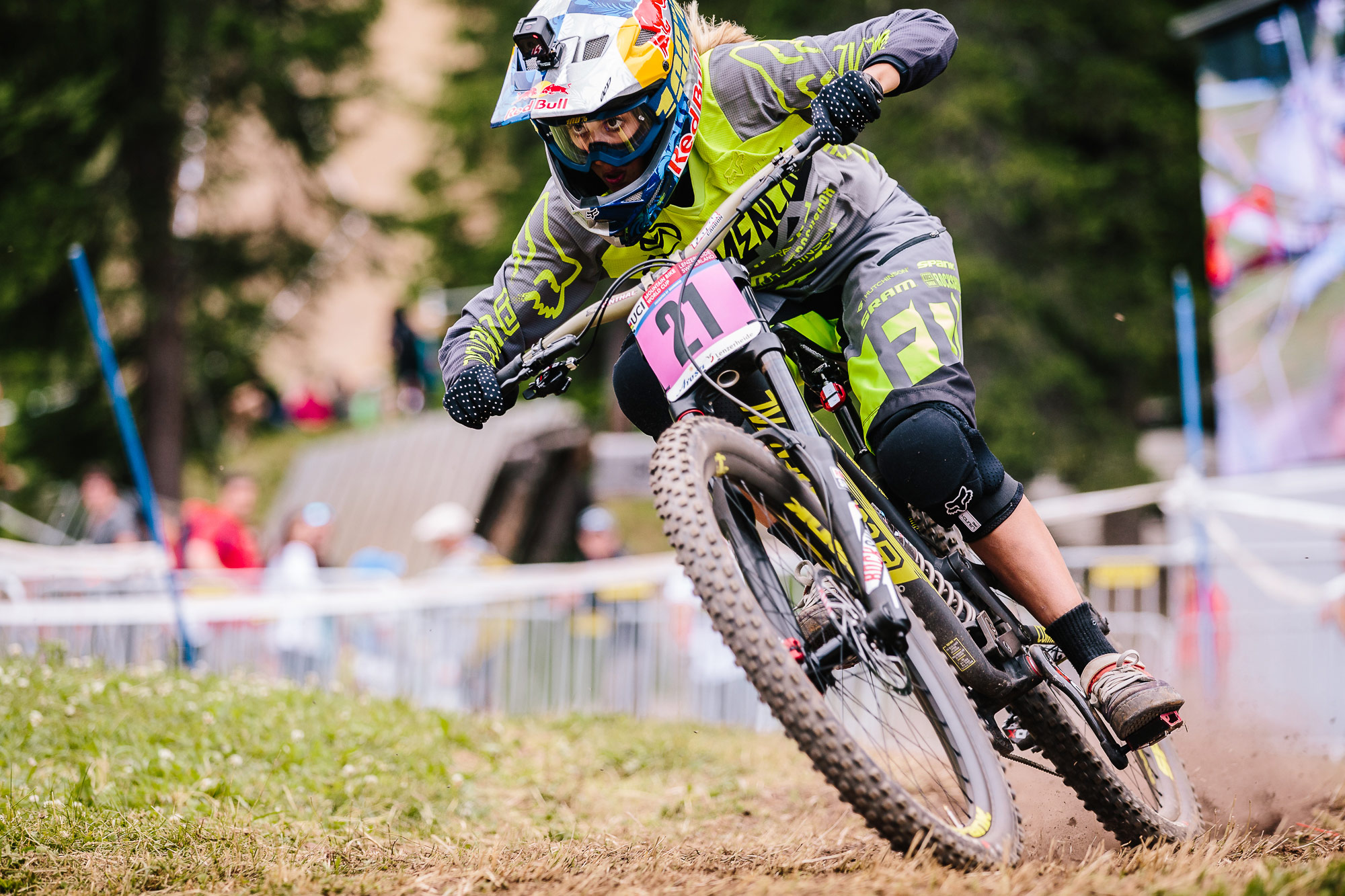 On the women’s side of things, the race for the overall World Cup title is close as it can get. Tracey Hannah (AUS) managed to cling on to the leader’s jersey despite a big crash that saw her finish in 9th last week in Andorra. She is however now less than 50 points ahead of Vallnord-Winner Myriam Nicole (FRA) and Leogang-Winner Tahnée Seagrave. With only two World Cups to go after Lenzerheide, the Swiss race might just be a deciding point determining who still has a shot at overall title. 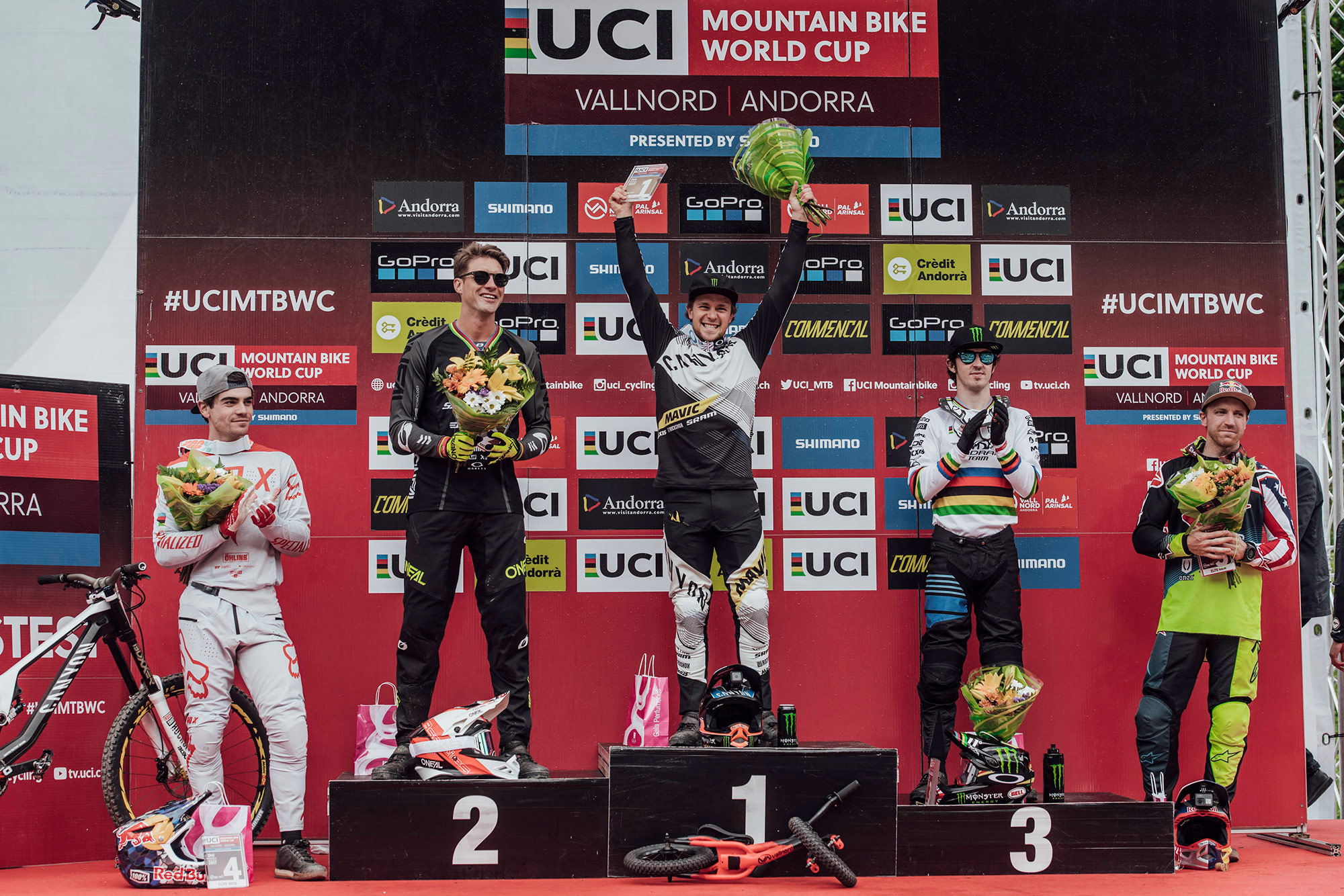 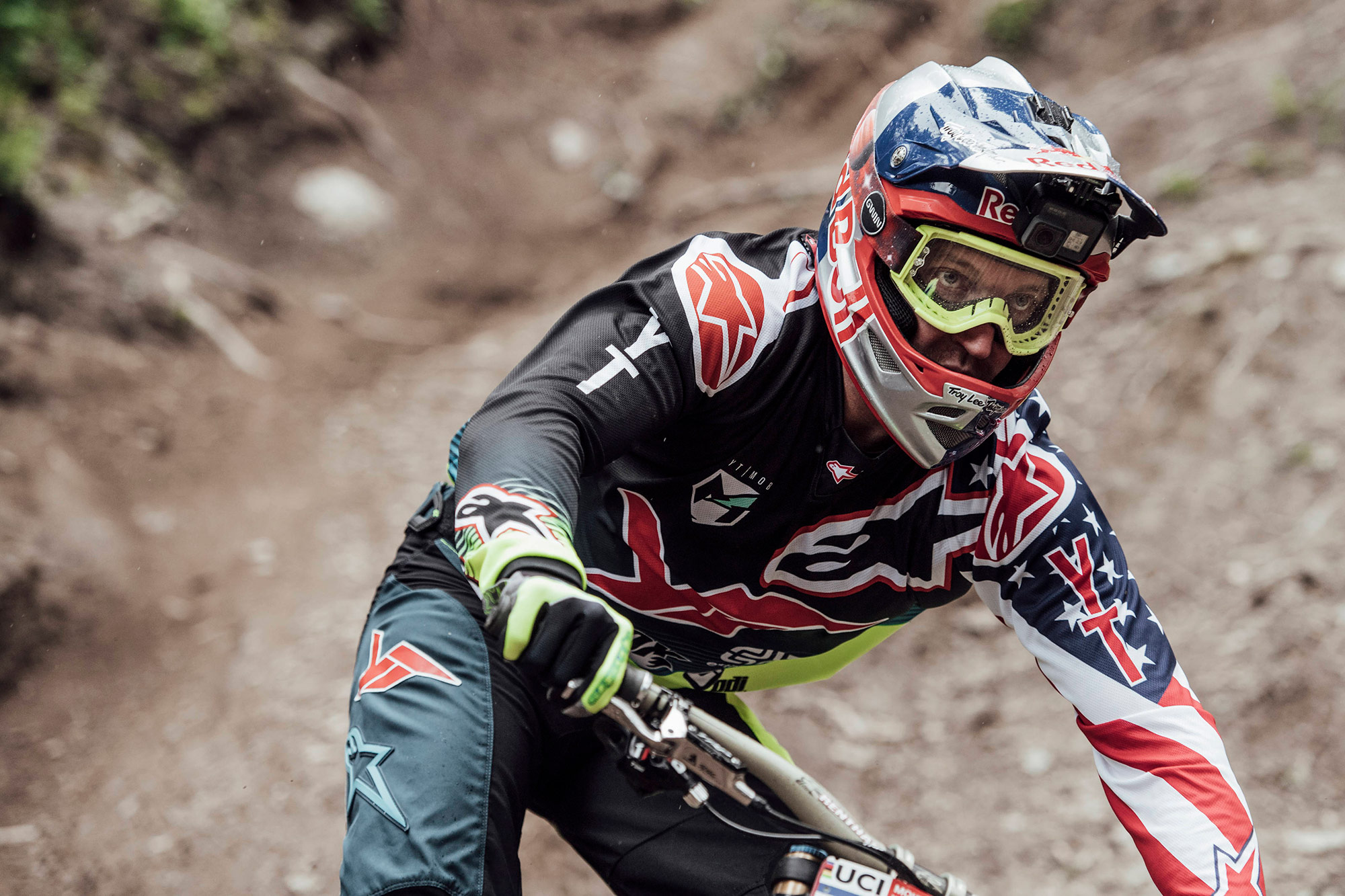 And what of the men? World Champion Danny Hart of Great Britain took top DHI honors in Lenzerheide last year, but the two riders who shared the podium with him – 2016 overall winner Aaron Gwin (USA) and Greg Minnaar (RSA) – will be attacking the 2.2-kilometer track with its 1.4 kilometers of vertical drop with the goal of turning the tables on the British rider. Minnaar will also be eager to extend his lead over Aaron Gwin and Andorra-winner Troy Brosnan (AUS) in the overall standings. 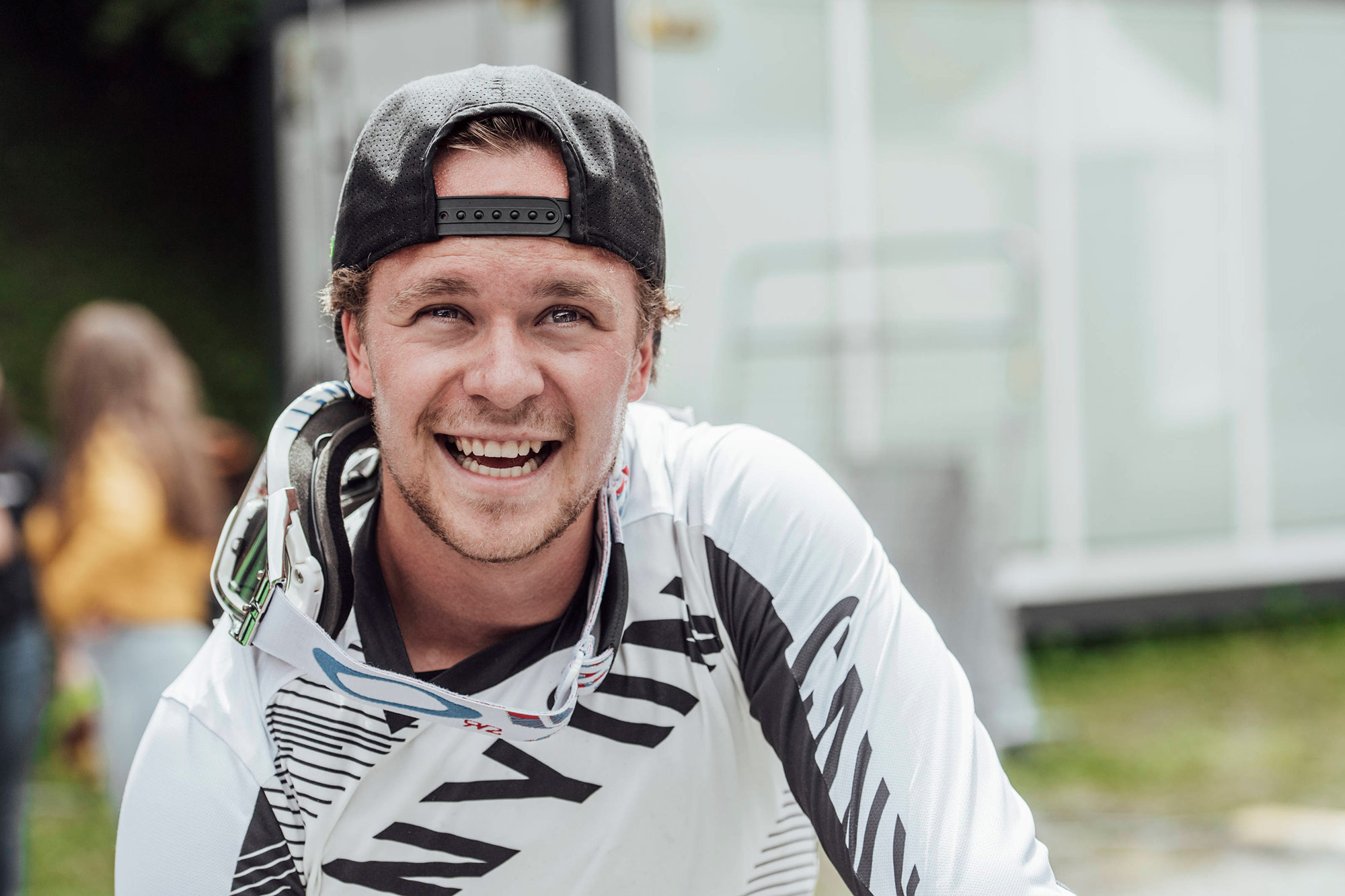 Lenzerheide is known for great XCO racing, but going back-to-back with the high-altitude course in Andorra, the Swiss venue’s heat and 1,500 meters of altitude make it a true lung-buster. Swiss legend and World Cup dominator Nino Schurter will be keen to add to his hefty World Cup win total and make it four out of four for the season on his favorite track, which happens to be less than an hour from his hometown in Tersnaus. The pressure for the other home-country heroes, such as Jolanda Neff and brothers Mathias and Lukas Flückiger to deliver in the fourth XCO battle of the season, will also be high.

Who will spoil the Swiss party? Maybe it will be one of the Frenchmen from the 2016 podium – Julien Absalon or Maxime Marotte. Or perhaps it will be one of the women who relegated Neff to third in Lenzerheide last year, Sweden’s Jenny Rissveds or Norway’s Annika Langvad. And don’t forget current World Cup leader Yana Belomoina who triumphed at Vallnord and Albstadt and will be eager to make it three in a row.

Catch round seven of the UCI Mountain Bike World Cup 2017 free of charge, live and on demand, at redbull.tv/uci with the downhill action launching at 11:00am UTC on July 8 and cross country blasting off on July 9 at 10:00am UTC. And get the latest on everything bike related on the Red Bull Bike Channel at redbull.tv/bike.