Four months, nine countries, two continents and it all comes down to this: The last stop of the World Cup season in Val di Sole, Italy will – finally – determine who takes home the men’s and women’s 2017 overall title in Downhill (DHI). And while the overall winners in Cross Country Olympic (XCO) are a foregone mathematical conclusion, for one Swiss rider, a perfect season is on the line. The resort in Trentino, Italy was home to the UCI Downhill Mountain Bike World Championships just last season and a World Cup XCO event the year before. In fact, 2017 marks the third time that the rocky, rooty terrain of the Northern Italian valley has hosted the UCI World Cup Finals. The Italian fans who flock to the spectacular World Heritage area in the Dolomites are mad for MTB, cheering at top volume for every rider. 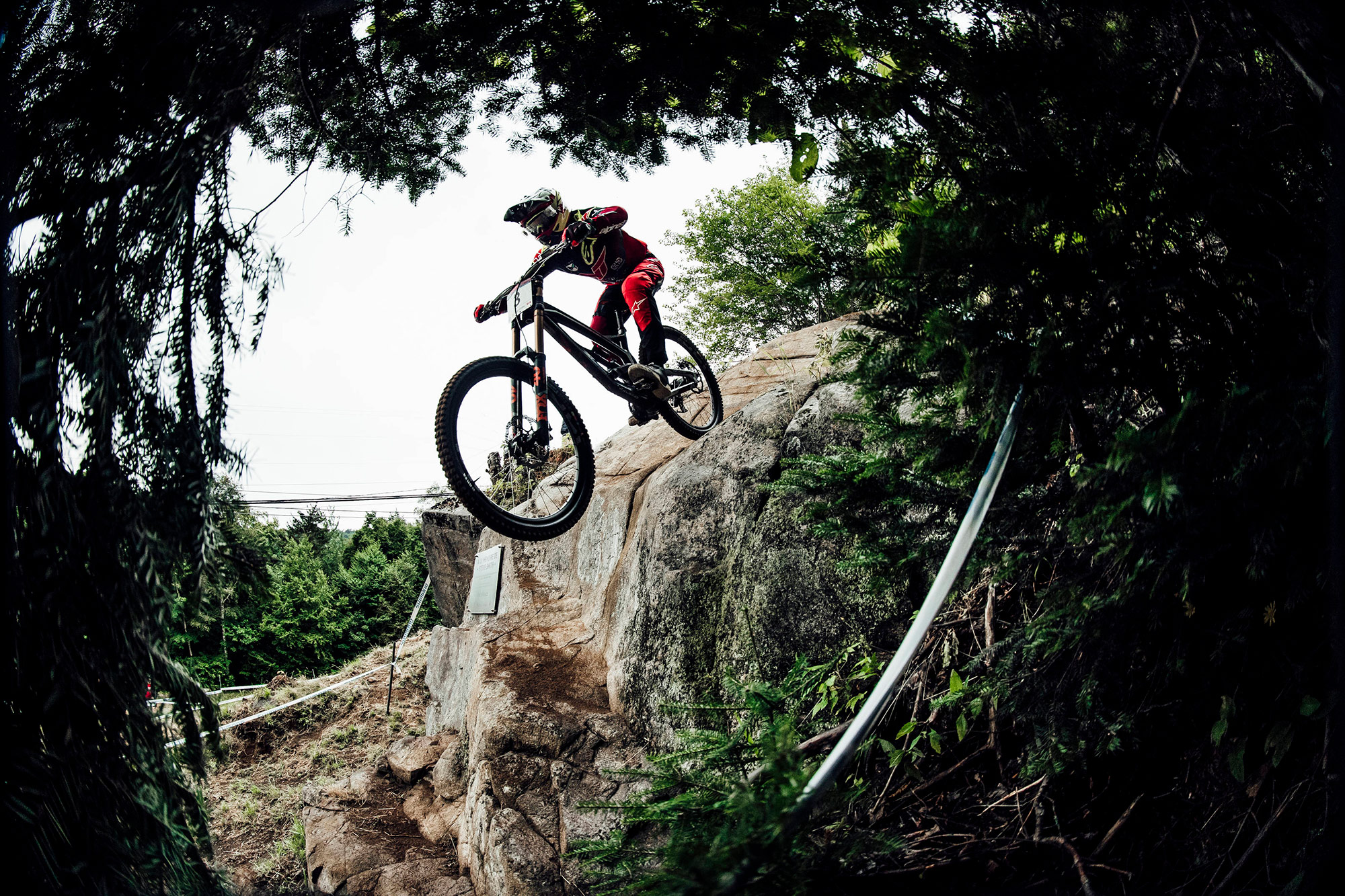 Downhill
The Downhill title hinges on the final race, and the action will be nothing short of intense on a track that’s widely regarded as the most technical of the season. When it comes to the women, overall leader Myriam Nicole (FRA) rolls into Italy as the favorite with her 1,190 points, but she’ll have to deliver a solid performance under high pressure to hold off Australia’s Tracey Hannah in second with 1,080 points, as well as Great Britain’s Tahnee Seagrave, who holds third with 1,044 and defeated Nicole by nearly six seconds at the recent stop in Mont Sainte Anne, Canada. Expect a nailbiter. 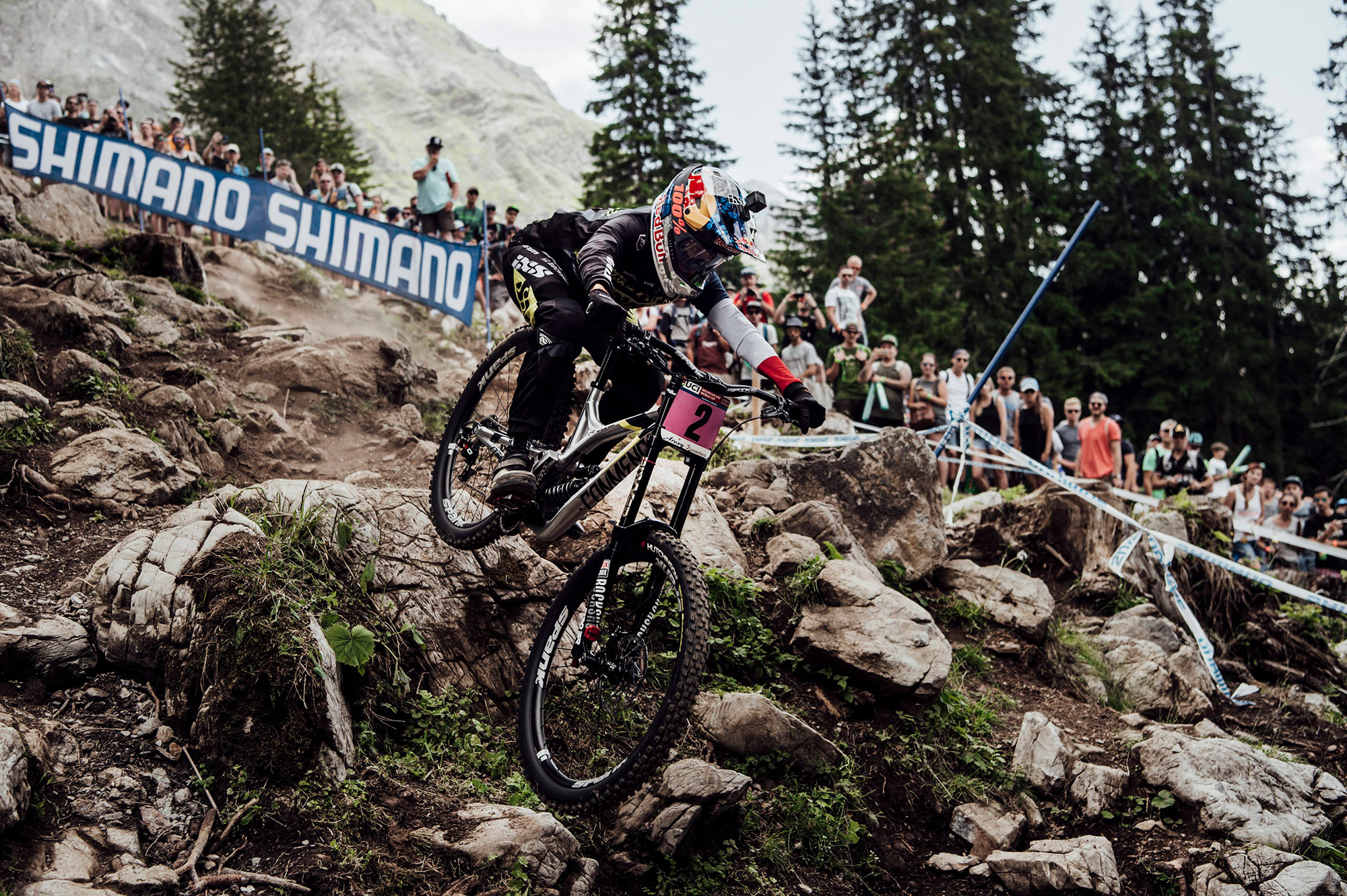 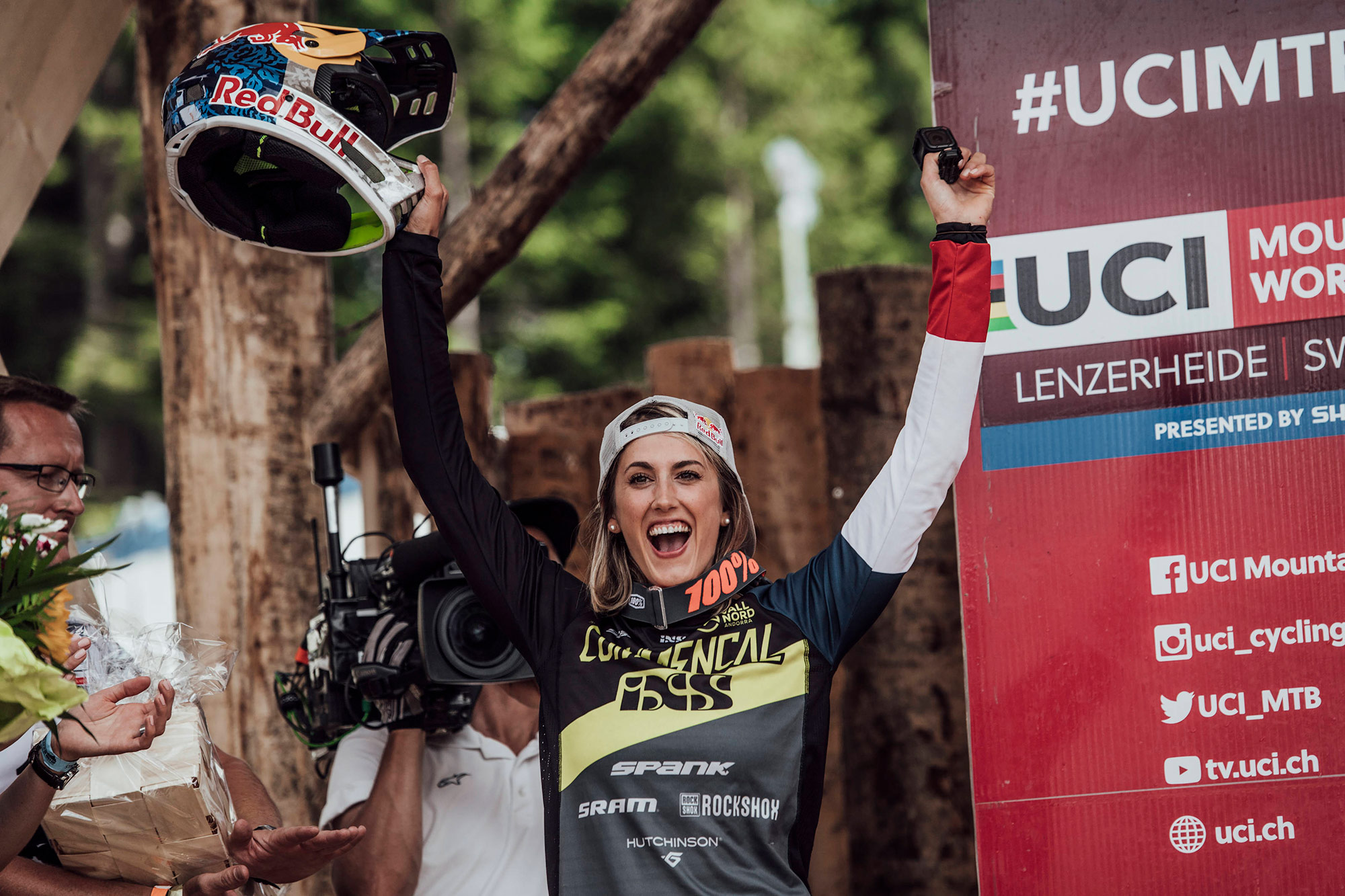 Meanwhile, the men’s deadlock is even tighter, with a spread of only 77 points separating first-place Greg Minnaar (RSA), second-place Aaron Gwin (USA) and third-place Troy Brosnan (AUS). All three will charge across the start line determined to grab the glory, but only one can finish with the overall crown. Can Minnaar, already the most successful rider in the history of Downhill, add to his extraordinary legacy? Gwin has the momentum of a triumph at Mont Sainte Anne, while Brosnan just recently took the win at the Candian Open in Whistler. Everything is set up for a battle for the ages and a spectacular finish to an extraordinary season. 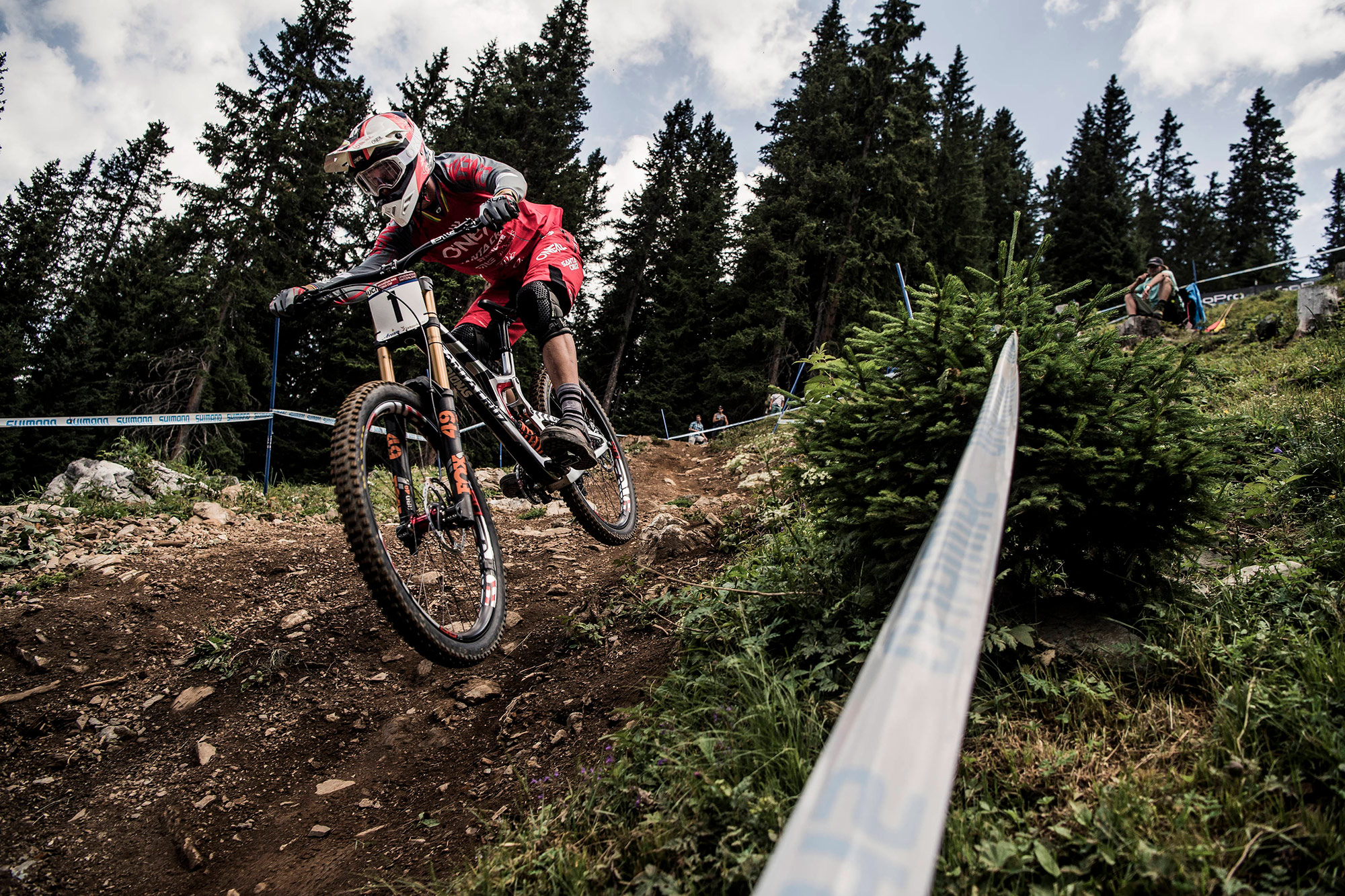 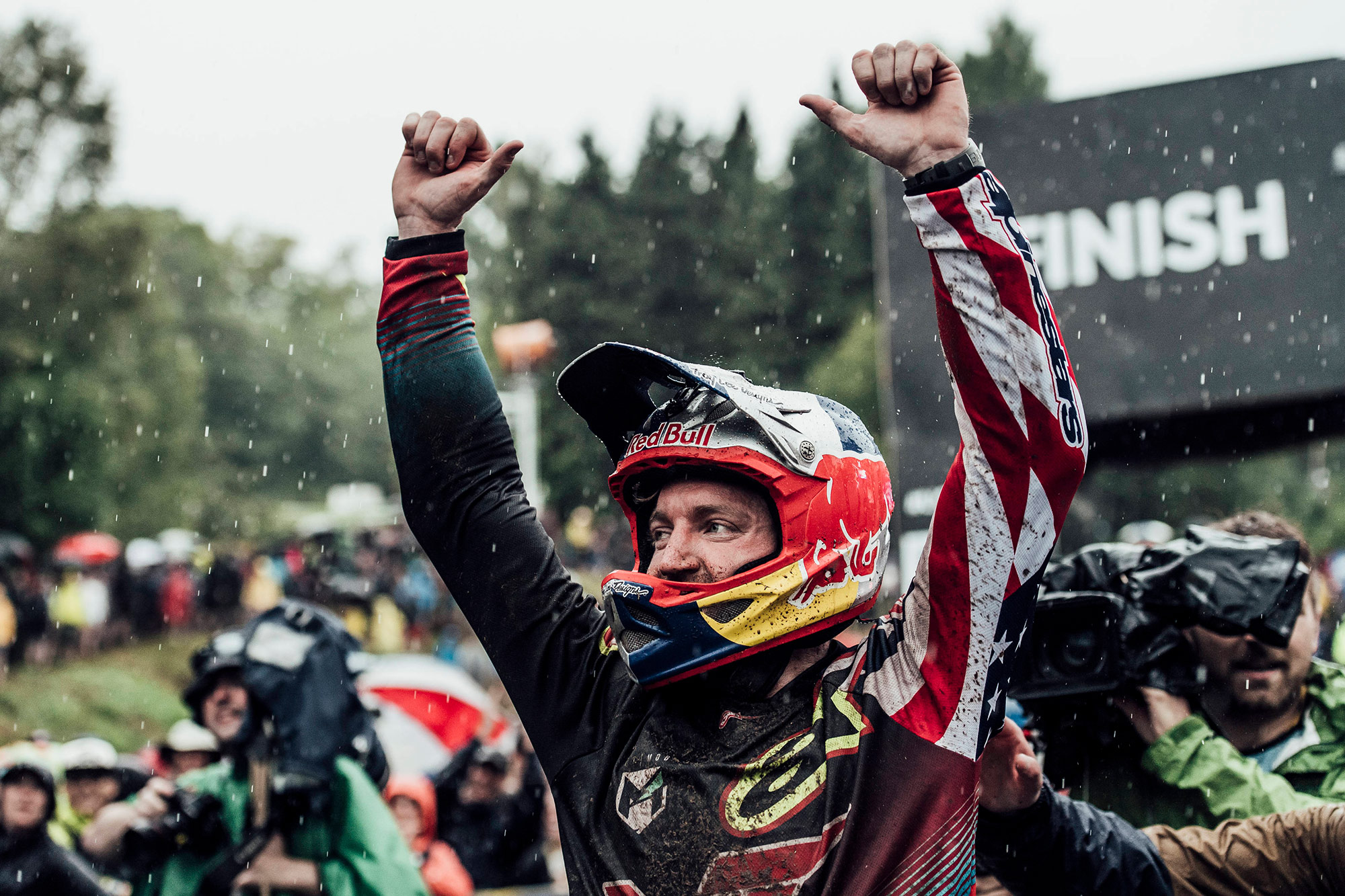 Cross Country
Nicknamed Bikeland, the Val di Sole region is a paradise for riders, making it the perfect place to celebrate the new winners of the 2017 UCI Mountain Bike World Cup in Cross Country Olympic. At the previous stop in Mont Sainte Anne, Yana Belomoina (UKR) clinched her first Women’s XCO title – and the first for her native Ukraine – with a dominating performance in a star-studded field for her third win of the season. Pride is on the line in Val di Sole as she goes for a fourth and the rest of the field scrambles to end their season on a high as they tackle tough climbs.

With a record-setting fifth consecutive season victory at Mont Sainte Anne (and the 25th of his career), Nino Schurter wrapped up the men’s Cross Country title. Now the Swiss rider will be taking on the exceptionally technical course at Val di Sole on his quest to write history with a perfect season. Schurter is the rider who won the last World Cup XCO stop at Val di Sole – but potential spoilers like Frenchman Julian Absalon, who finished second on that 2015 podium, have a very different agenda in mind.

Watch round nine of the UCI Mountain Bike World Cup 2017 free of charge, live and on demand, on redbull.tv/uci with Downhill taking the trail on August 26 at 1:00pm CEST and Cross Country kicking off on August 27 at 12:00pm CEST.. And get the latest on everything bike related on the Red Bull Bike Channel: redbull.tv/bike.