In 2012, the seventh edition of the VIENNA AIR KING will again be the ARGUS BIKE FESTIVAL’s absolute highlight as well as the kick-off event of the Freeride Mountain Bike World Tour.

Beside its status as a high-caliber European get-together of the best dirt jumpers worldwide, the VIENNA AIR KING always has been and still remains a huge opportunity for new talents. 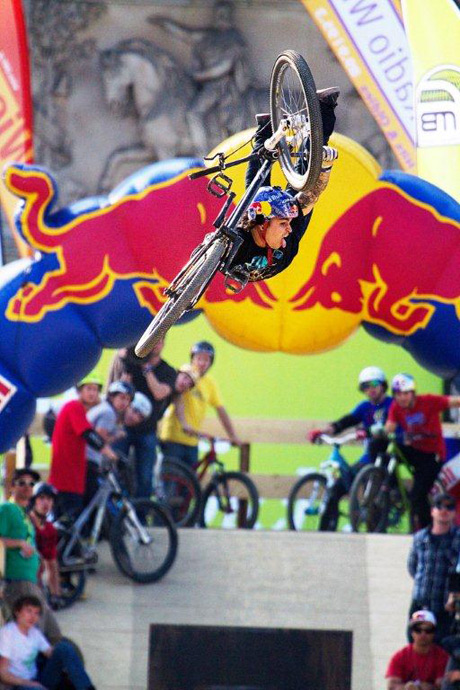 Rookies get the opportunity to apply for the pre-qualifying until the end of February for the chance to demonstrate their skills in front of a massive crowd on Vienna’s “Rathausplatz” city square.

To get a taste of what is to come at the Vienna Air King, check out the brand new teaser on YouTube:
[youtube]http://www.youtube.com/watch?v=CNvZsFbiV6Y[/youtube]

Last year, overall 120.000 visitors didn’t wanted to miss the ARGUS BIKE FESTIVAL and the riders flocked to Vienna for the many important points to collect at this FMB World Tour event. Add the 10.000 Euro prize money to that and we can be sure that the stars of the international dirt jump scene won’t hesitate to pack their bags for Vienna at the end of March. 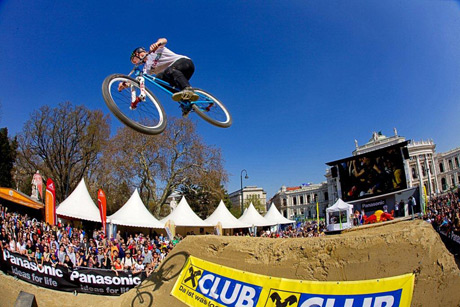 New talents will also get their chance in Vienna: The application period for the pre-qualifying is open until February 29th, 2012. If you’re ready to show your skills at the VIENNA AIR KING, send a brief application to viennaairking@rasoulution.com.
Your mail should include a short application clip (to be sent via link), a rider’s profile and a photo. Due to the limited number of starting places for the pre-qualifying, the event organizers reserve the right to select the participants from the applications. 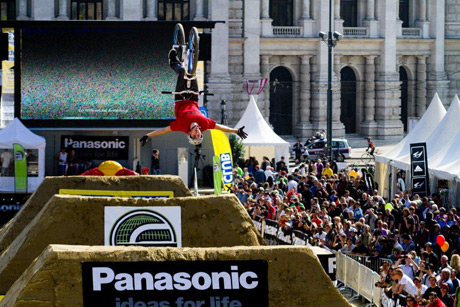 The ARGUS BIKE FESTIVAL boasts numerous multi-faceted expo booths and an attractive side program for bike fans of every age. Find out about the latest trends of the upcoming bike season 2012 and watch as the venerable “Rathausplatz” square is transformed into a hot spot for all bike fans for one weekend!

Everybody who wants to watch the biggest bike event of Austria live, shouldn’t miss the weekend from March 31st to April 1st and come to the main city square in Vienna. 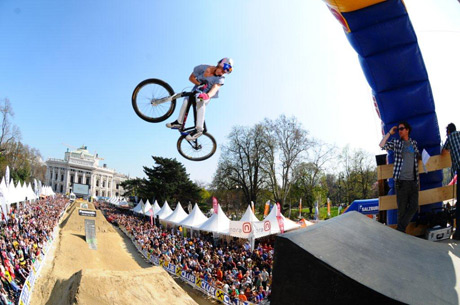