The Out of Bounds Festival in Saalfelden Leogang enjoys legendary status. It’s the only event in the world in which the world’s elite downhill racers and the stars of the slopestyle scene perform side by side on the same weekend during the UCI Mountain Bike Downhill World Cup and the FMB World Tour Gold Event 26TRIX.

Thousands of spectators will make the pilgrimage to the Austrian bike-hotspot to cheer on world-class slopestyle athletes like Nicholi Rogatkin (USA), Antoine Bizet (FRA) or Emil Johansson (SWE) as they perform their insane tricks and see the world’s fastest mountain bikers like Aaron Gwin (USA), Loris Vergier (FRA) and Rachel Atherton (GBR) race live. On top of all that, side-events, parties and spectacular shows promise a spectacular and unforgettable weekend. Excited? Check out the latest teaser:

Adrenaline, high-speed racing, breathtaking action and bucket-loads of fun – what more could a mountain biker ask for? During the second weekend of June, the Austrian bike-mecca of Saalfelden Leogang is the place to be: the slopestyle contest 26TRIX, a FMB World Tour Gold Event, will leave the crowd in awe when the best slopestyle athletes in the world show off their insane tricks. The qualification of the legendary 26TRIX contest on Friday, June 9, will determine the 15 best riders to compete in Saturday’s grand finale. Who will show the most spectacular combos? Who’s got the best skills? Last year, Diego Caverzasi (ITA) impressed the judging panel with tricks like a Frontflip-Barspin and Backflip-Cliffhanger to take the top-spot on the podium. Second and third place were taken by Frenchmen Antoine Bizet and Mehdi Gani. 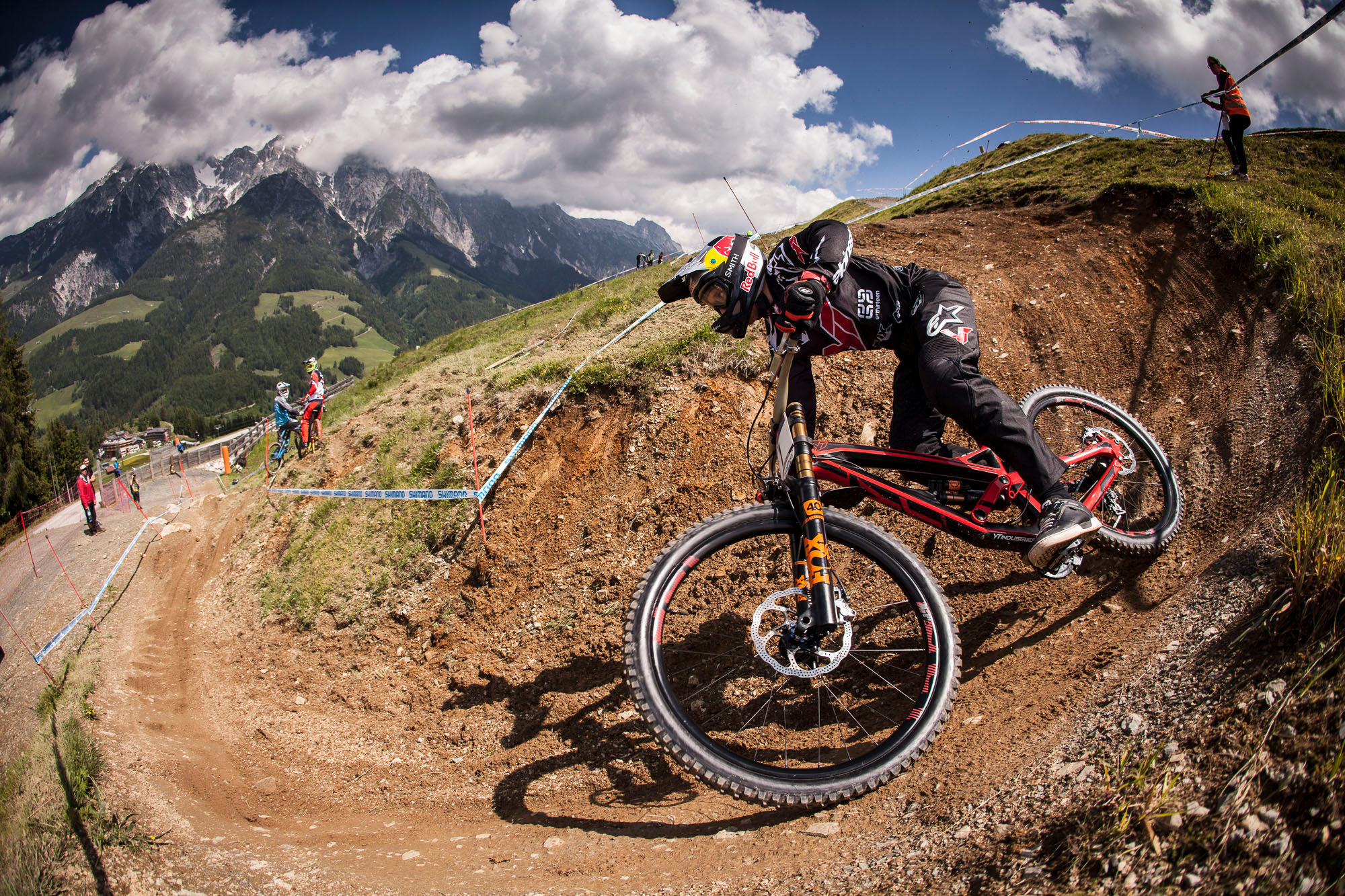 But that’s not all: a day later on Sunday, June 11, the downhill elite will have to show what they are made off during the UCI Mountain Bike Downhill World Cup. Following Lourdes (FRA) and Fort William (GBR), Leogang is the third stop of the 2017 world cup calendar. The challenging track, aptly named ‘Speedster’, features a combination of steep fall-line sections, tight turns, technical rock-gardens and root sections as well as high-speed passages which will test even the most seasoned competitors. After taking second place behind Aaron Gwin (USA) last year, Loris Vergier (FRA) will surely be hungry for more. Will Vergier’s newly developed bike with larger 29-inch wheels be a deciding factor? One thing is for sure: it will be a close race. On the women’s side Rachel Atherton (GBR) is the clear favorite, but her fellow countrywomen Tahneé Seagrave and Manon Carpenter are hot on her heels. It seems only like a question of time until one of them ends Atherton’s winning-streak, will it be in Leogang? Spectators can look forward to watching the events unfold live and close-up – including from additionally constructed stands along the track. 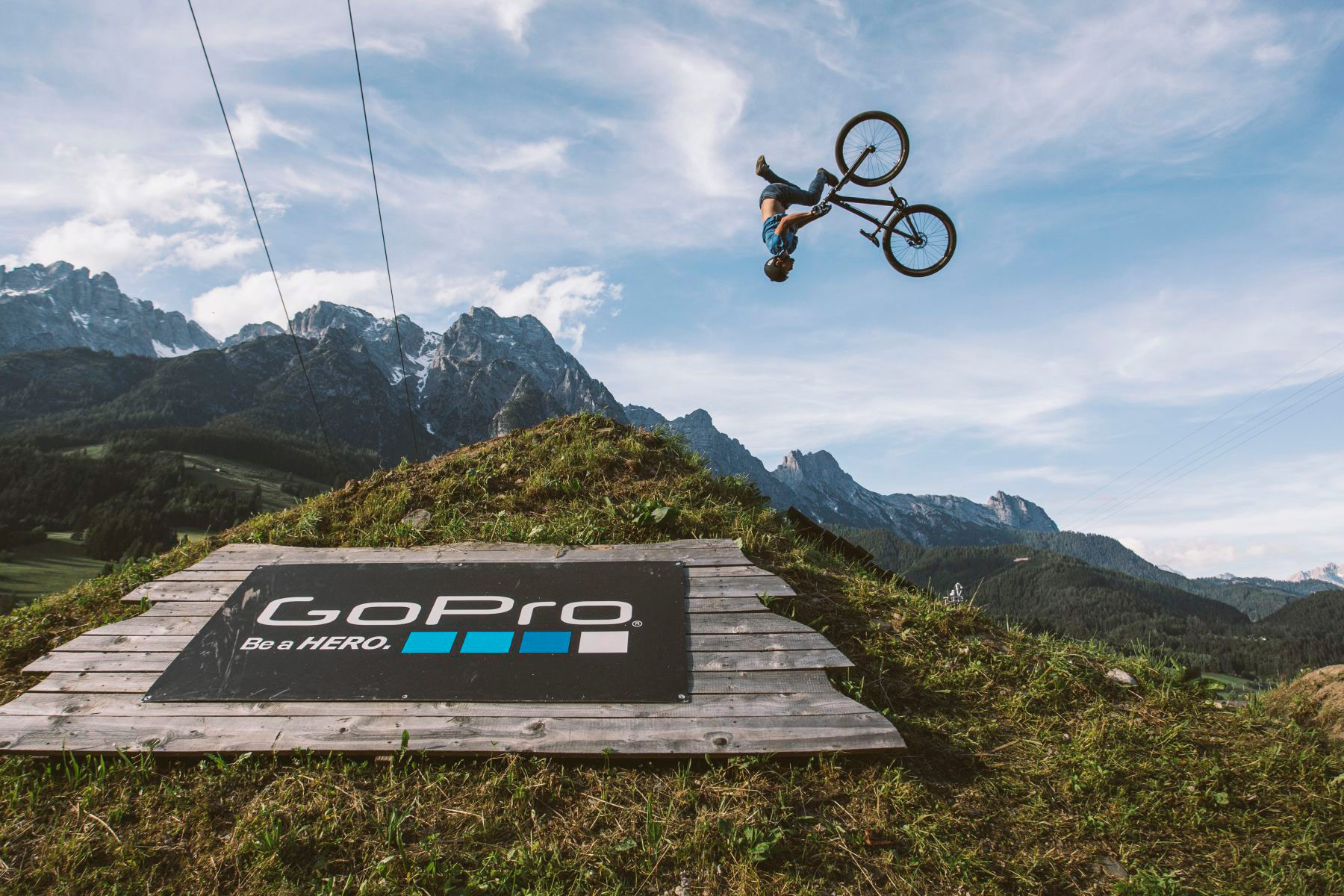 Spectacular side-events round-off the Out of Bounds Festival: from visiting the large team- and expo-area offering the opportunity to inspect the downhillers’ pits, a breathtaking air-show by the Flying Bulls, a pumptrack and bunny hop challenge and a show with mountain bike trial star Tom Öhler – the entertainment is guaranteed. And as a festival obviously also needs a good party, fans can enjoy the Pump It Party in the Outback Bar on Friday, the Ö3-Disco with TOPIC on Saturday and the After Bike Party to close out the weekend on Sunday.