FISE Montpellier is celebrating its 20th anniversary this week and the thousands of spectators on the verge of the slopestyle course certainly witnessed a contest worthy of the celebration. Only two points seperated the top 3 athletes in the final and it was the only 17 year old Emil Johansson (SWE), who came out victorious. Thanks to a stellar first run scoring 95.33 the Swede was able to secure his first ever FMB World Tour win ahead of Nicholi Rogatkin (94.66) and Mehdi Gani (93.33). 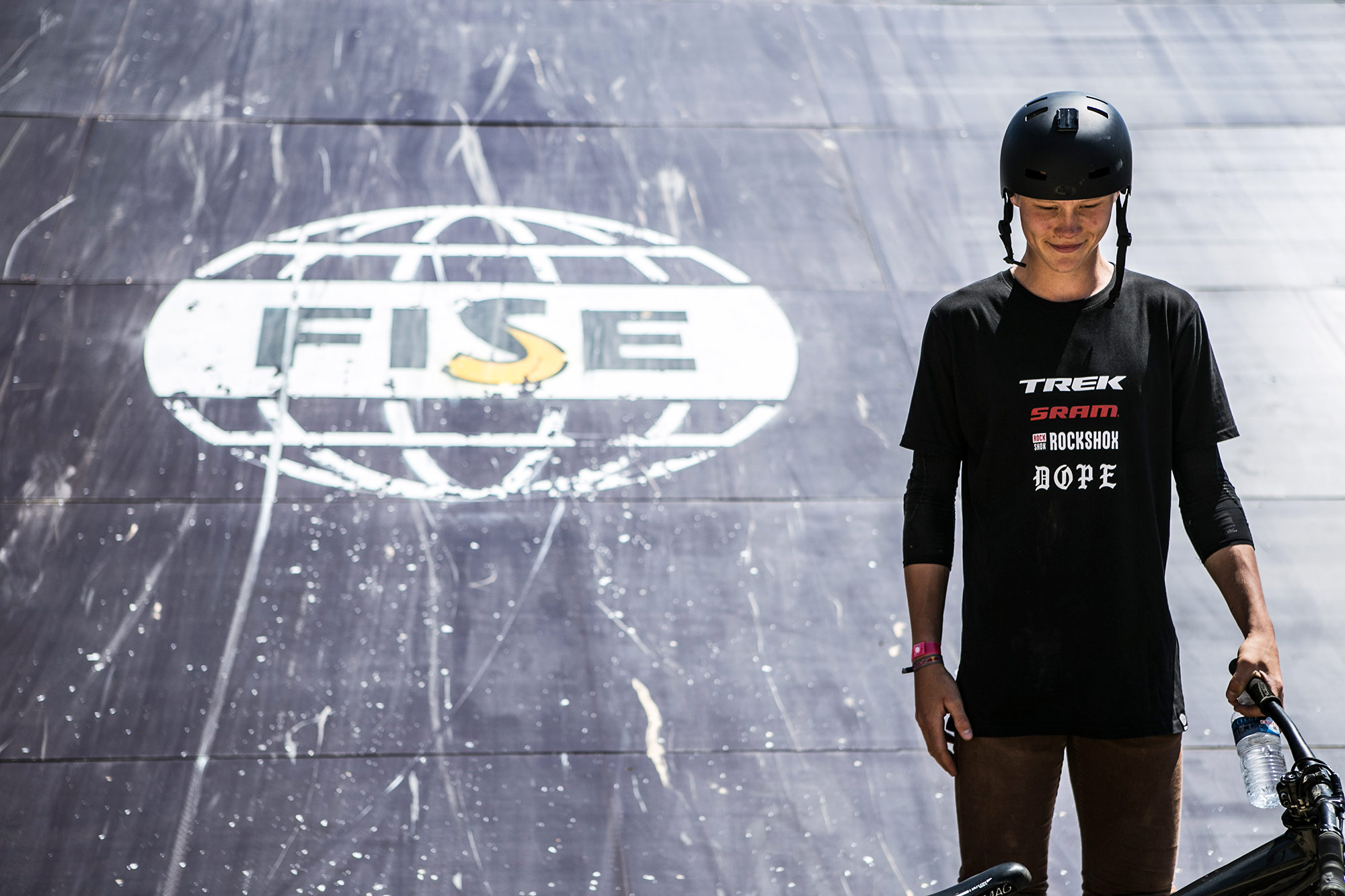 The second FMB Gold Event of the season was set up to be a great one: blasting sunshine, huge crowds and some of the world’s best athletes. The first rider to break the boundry of 80 points was Szymon Godziek (POL). His first run of the day scored 89.66 and put the pressure on the rest of the field. With only Diego Caverzasi (86.00), Nicholi Rogatkin (87.33) and Mehdi Gani (88.00) coming close, the polish slopestyle pro hoped to stay in front heading into the second run. However, then Emil Johansson dropped in and stunned the crowd with a run full of combos and oppos. The judges scored the run at 95.33 and it became apparent that this score would have to be the one to beat. Even broadcast co-host Matt Macduff was way impressed by Johansson’s slick and smooth riding style: “It’s like watching Beethoven write a symphony, when you watch Emil ride. It’s poetry in motion.” 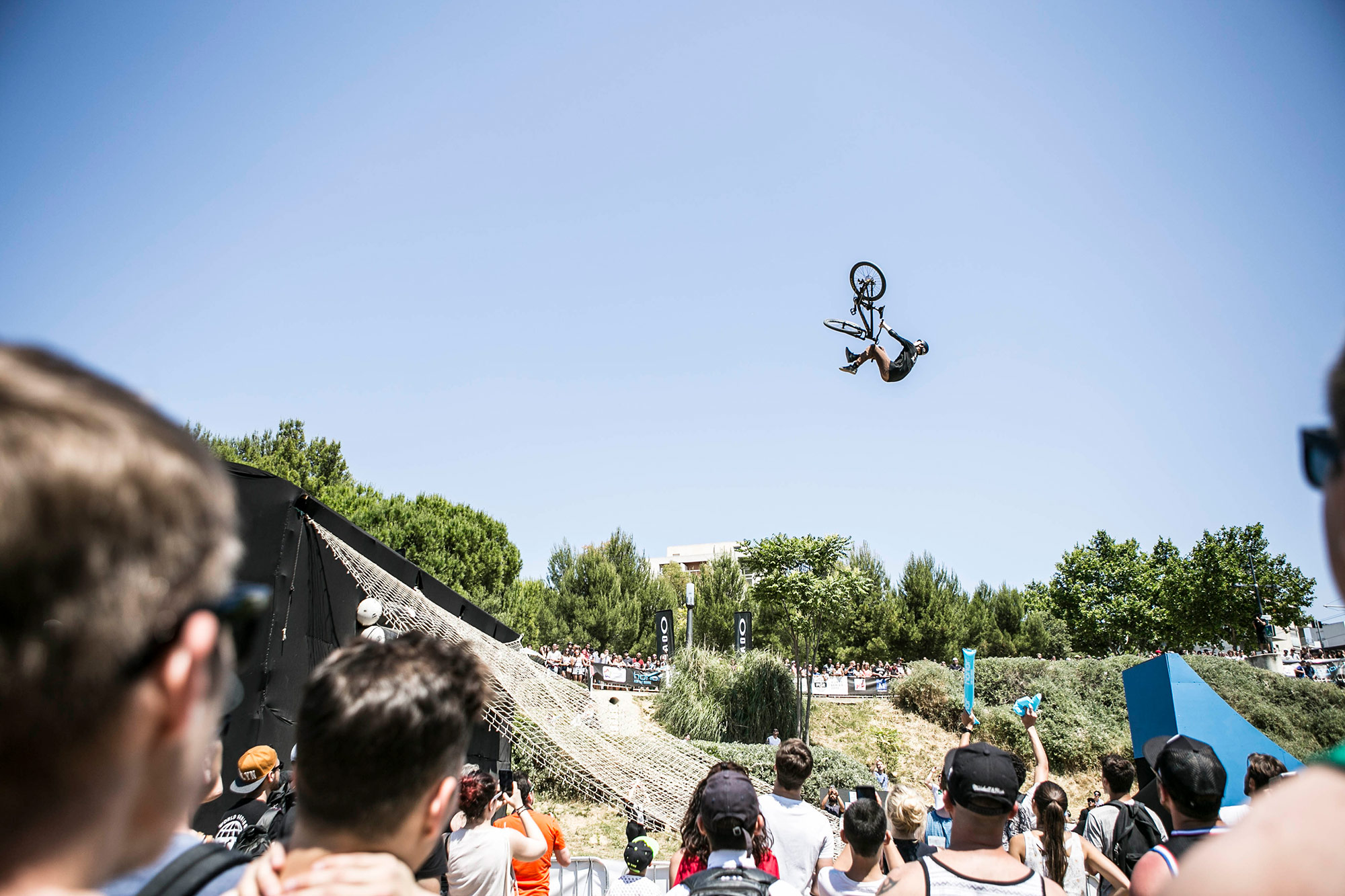 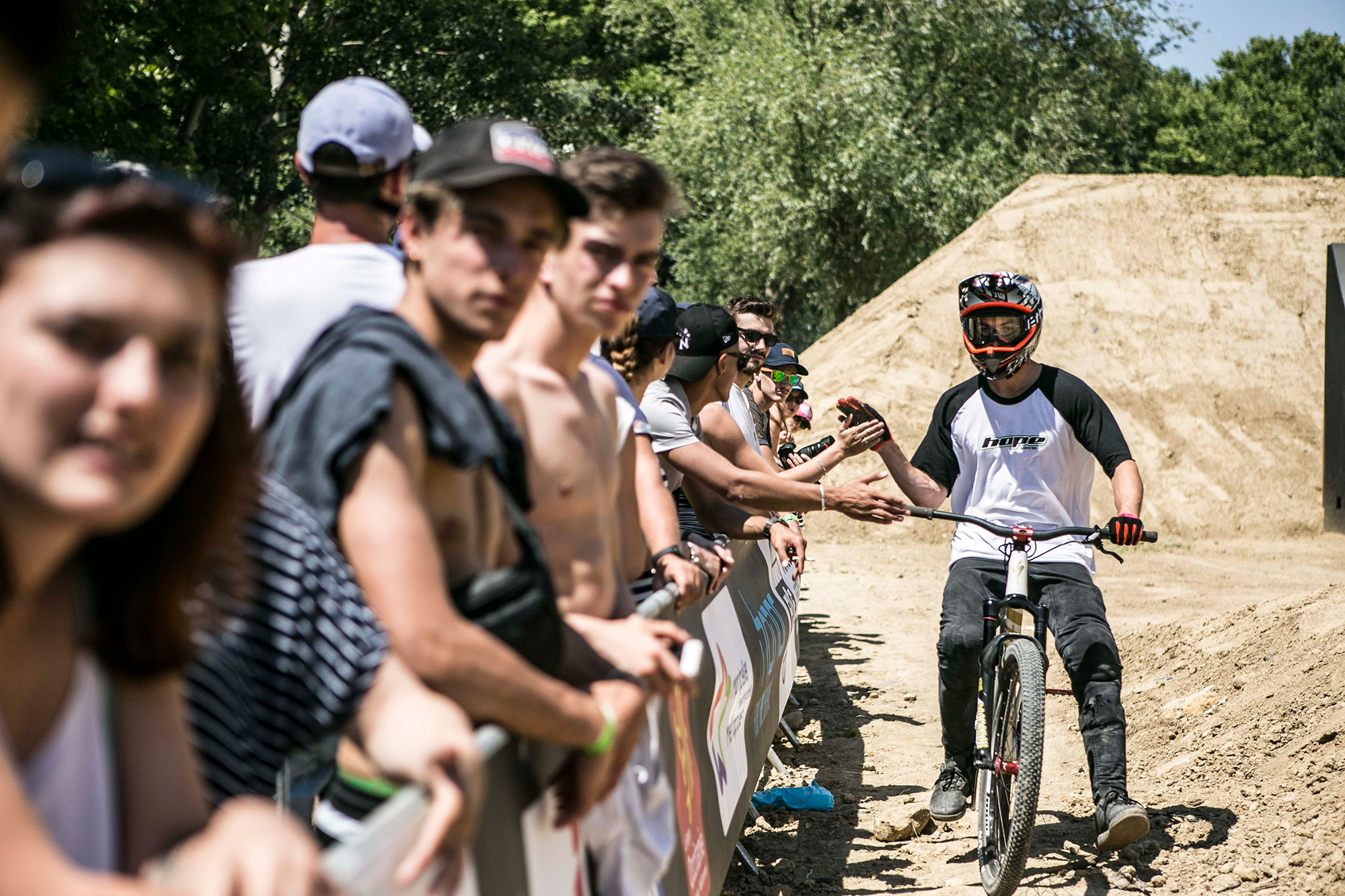 With the spots for the Super Final on the line, it was time for the athletes outside of the top six to up their game, in order to have a chance of qualifying for the final third run of the contest. Reed Boggs (USA) was sitting on the bubble, ranked sixth, until Frenchman Paul Couderc made an effort to give Boggs a run for his money. Couderc jumped into sixth by scoring 81.33 and also secured his best FMB Gold Event result of his career. His fellow country man Mehdi Gani, who rode with a full face helmet because he is still recovering from a broken jaw, was also able to shake up the standings. His second run (93.00) was good enough to push Nicholi Rogatkin back into third, after the American had sent his second high scoring run of the day (92.00). Emil Johansson however stayed untouched after round two. 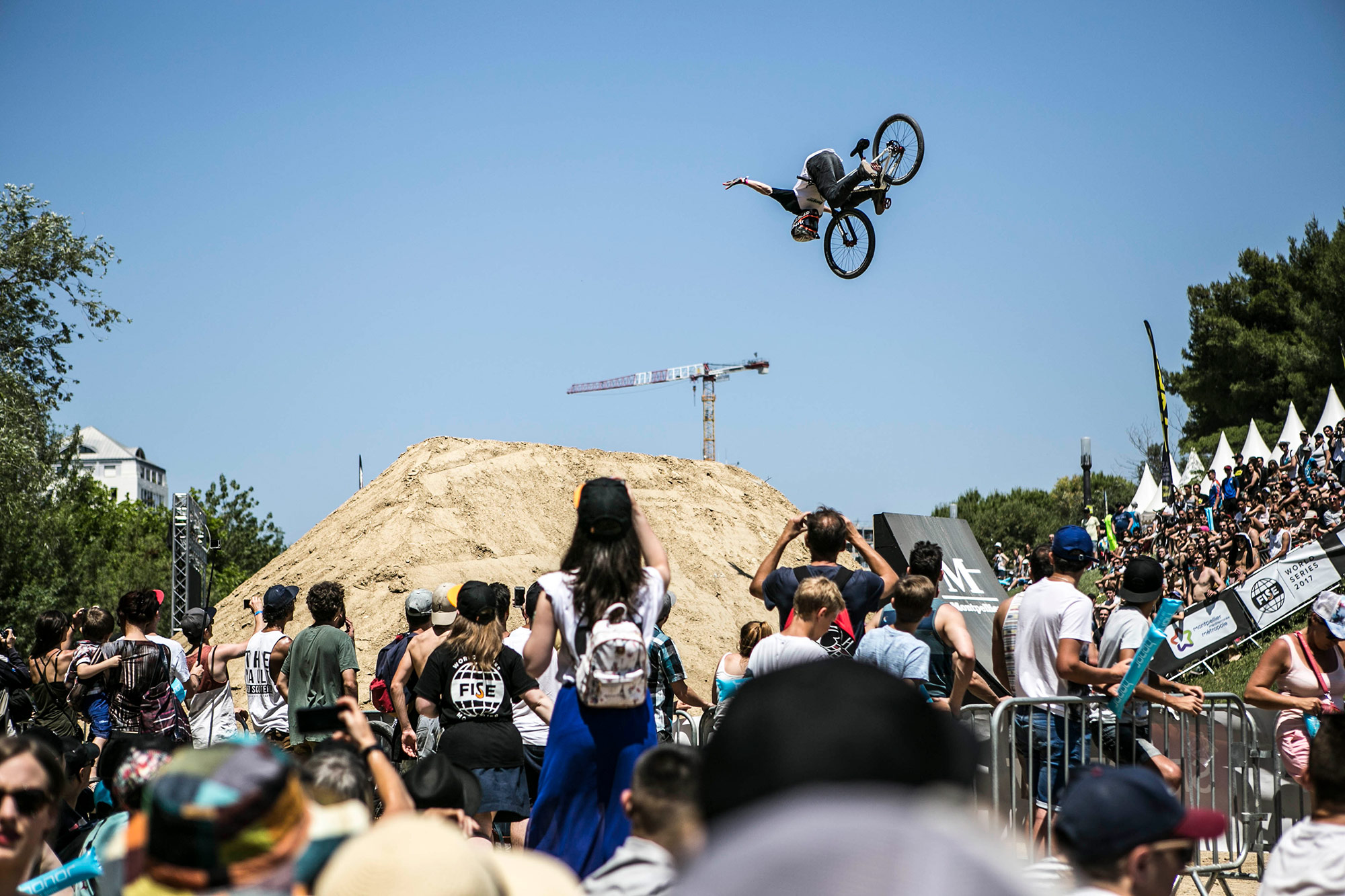 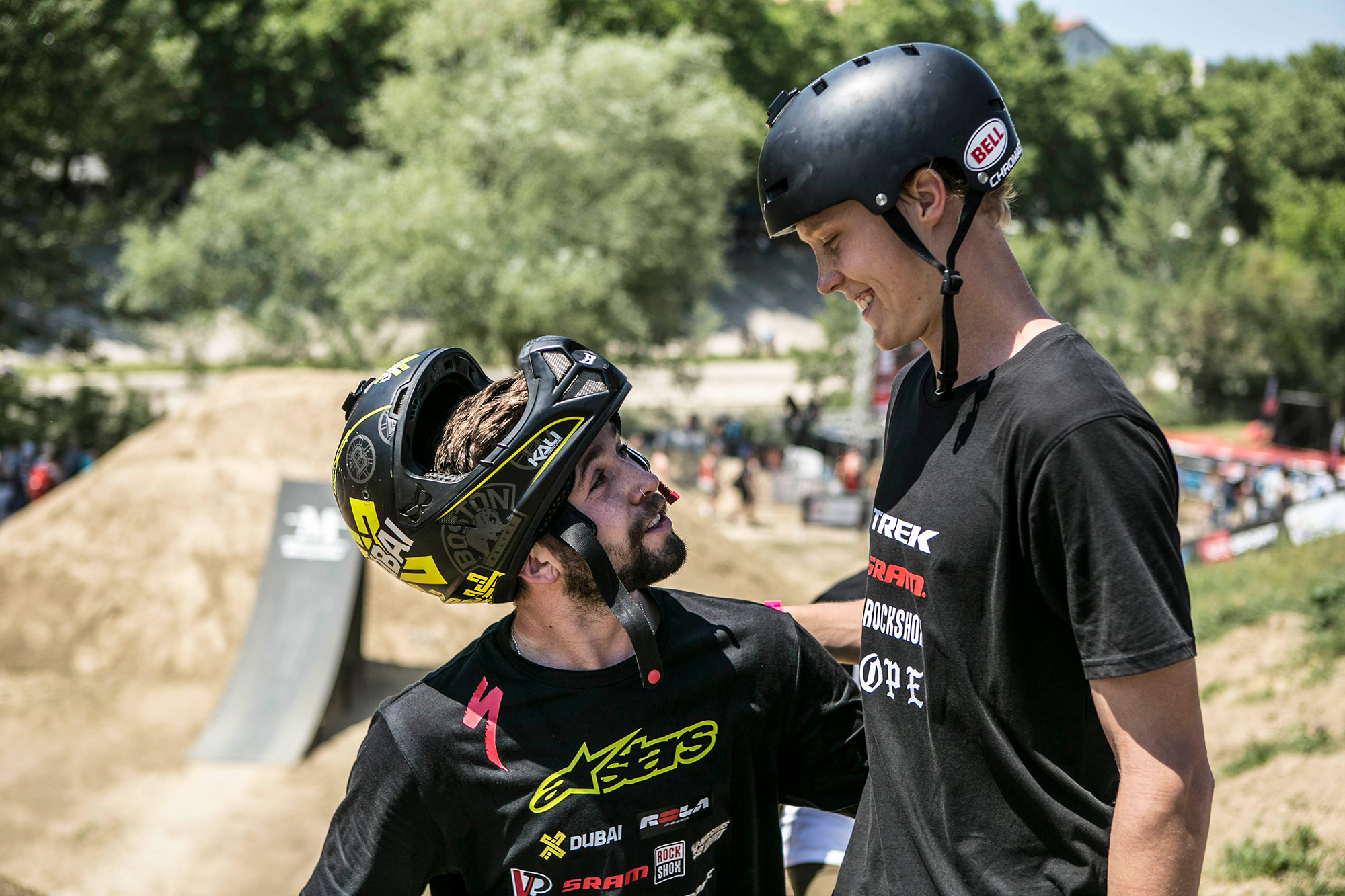 Six riders made it into the Super Final: Paul Couderc, Diego Caverzasi, Szymon Godziek, Nicholi Rogatkin and Mehdi Gani all had one more attempt to push Emil Johansson off the throne. However, only Nicholi Rogatkin was able to send another stunner – his third great run of the day. A frontflip tailwhip, triple tailwhip, double tailwhip, backflip and twister were just not enough. Scoring 94.66 Nicholi had to be content with second place this time around, after winning all of his first four appearances this season so far. Emil Johansson celebrates his first ever FMB World Tour win at FISE Montpellier and also closes in on Rogatkin and Torquato Testa in the FMB Diamond Series. 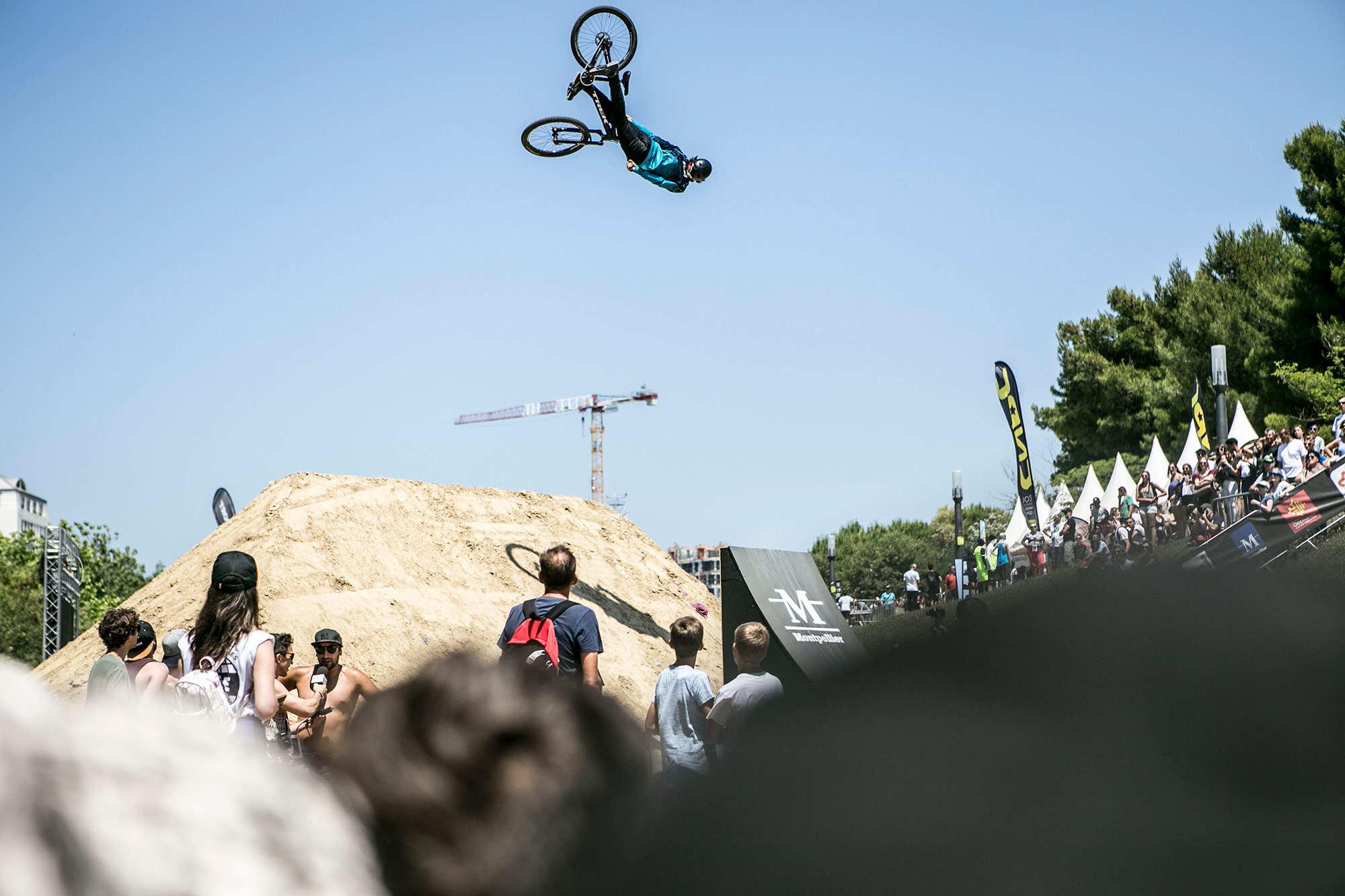 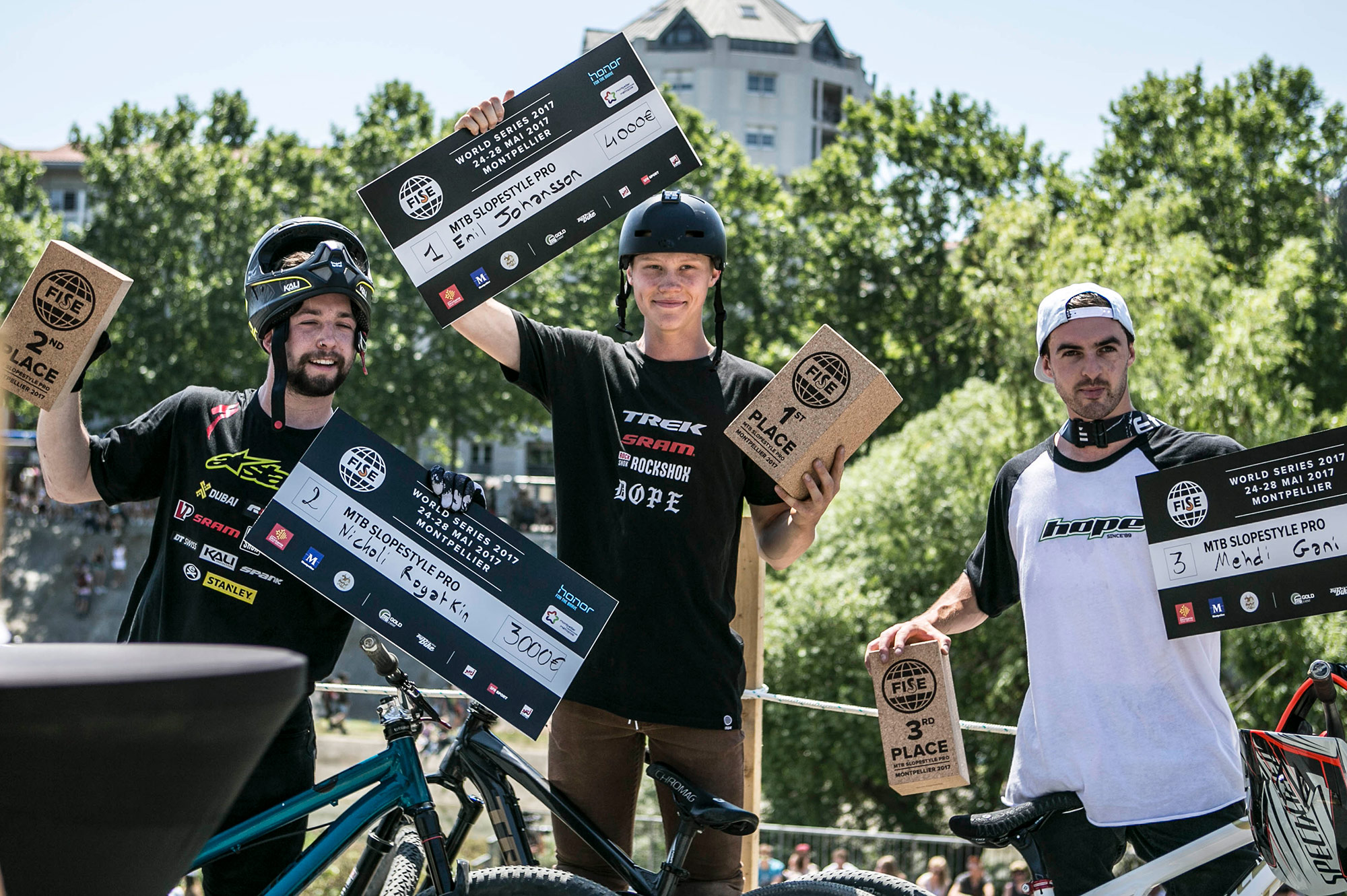