Legendary dirt contest 26TRIX fueled by Monster Energy is considered to be one of the absolute highlights of the Out of Bounds Festival (June 10 – 19). Classified as gold event of the Freeride Mountain Bike World Tour, the riders can collect valuable points for the overall ranking at the 26TRIX fueled by Monster Energy (June 16 – 18). This year, practically the entire elite of the international Freeride Superstars is meeting in Saalfelden Leogang. The dirt line’s new design is an additional motivation for the riders to give their best in Leogang. 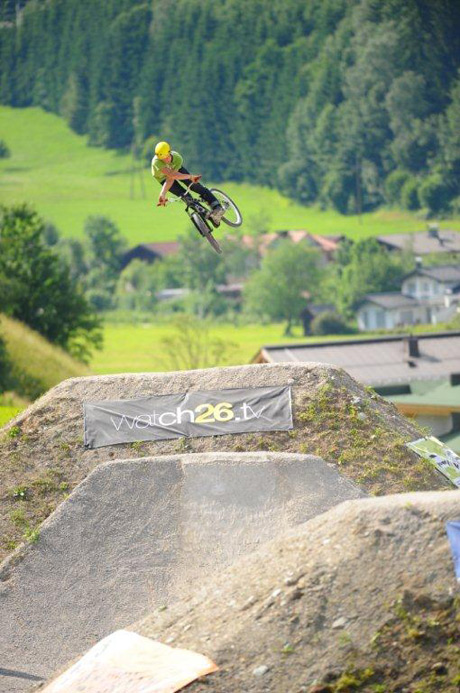 At the 26TRIX fueled by Monster Energy in 2011, dirt fans can look forward to a rider’s line up equalled by almost no other comparable contest. The set rider’s starter list looks like an inventory of the international freeride world’s who is who. In addition to the FMB World Tour points to be collected, prize money that has never been higher at in the past years, will spur on the athletes to take home part of the 15,000 Euro. Spectators can expect absolutely spectacular tricks and moves on the redesigned track. The following set riders have confirmed their participation:

With the additional 40 riders in Thursday’s pre-qualifying the most well-renowned mountain bike dirt jump event will host athletes from 14 different countries.
The dirt line ranges among the most technical demanding tracks, so the 26TRIX fueled by Monster Energy is also known for the biggest tricks in mountain bike history. For the 2011 season, the track has been redesigned and some weak points of the preceding year have been eliminated: Instead of the berm after the start, the riders begin on a starting tower, which leads straight to the first double.

The course builders got rid of the first step up and all the landing areas now have buffed dirt landings to better break possible falls. The second line was enlarged and relocated closer to the first line, which now allows for creative transfers. The last two senders ensure a spectacular finish, and the tricks performed here are a real must-see for every bike fan. 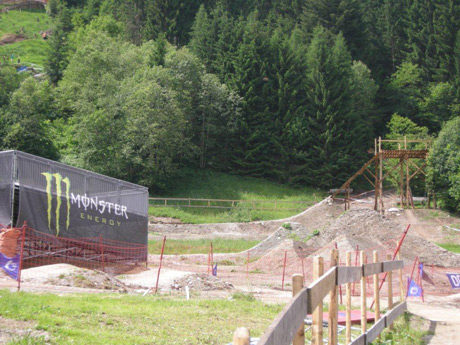 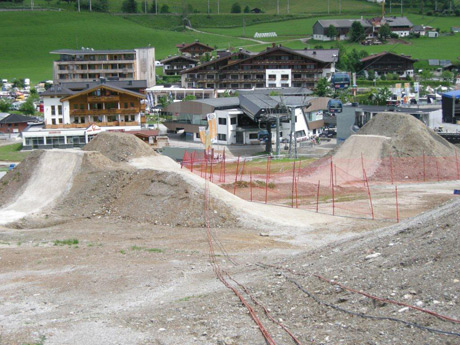 Beside the 26TRIX fueled by Monster Energy, there is of course a lot of other excitement awaiting visitors of the Out of Bounds Festival. For this year the Out of Bounds takes the character of a real festival.

On the first festival weekend the big music gig is without a doubt the appearance of Polarkreis 18 on Saturday evening (June 11) with their “Frei”-tour. Along the UCI World Cup on the first festival weekend (June 10 – 12) one should not miss an European Fourcross Championship race (June 18 -19), as well as the Austrian Fourcross Championships (June 17 – 18) and the iXS European Downhill Cup (June 18 – 19).

For a lot of fun and good atmosphere don’t miss the bunnyhop-contest and BBQ in the B3 (Friday, June 17). Whoever is still in party-mood after all the bike-action, is cordially invited to have a drink with the riders at the Override After Party fueled by Monster Energy, which takes place after the 26TRIX finals.

Further info can be found on the Out of Bounds Festival’s homepage: www.outofbounds.at/en